Turtles– those cute, sweet, little things! Who can imagine a world without them? Unfortunately, due to many different causes, that world may become a reality, unless we do something about it. You can make a difference, all you have to do is try.

Me, mom, and Lorelei hauled our stuff over to the office, where some of our first customers were already waiting. Soon we were busy pouring lemonade. I handed a glass of lemonade to a lady in a pink shirt and then turned to the next person. She pressed a five dollar bill into my hand and said “Here. I’ll donate the other four because you are such sweet girls doing such good things.” “Thank you soAudrey Lenore Champness much!” I said, and handed her a cup of lemonade. It made me feel really good inside, and realize you get happiness in return for what you give away. 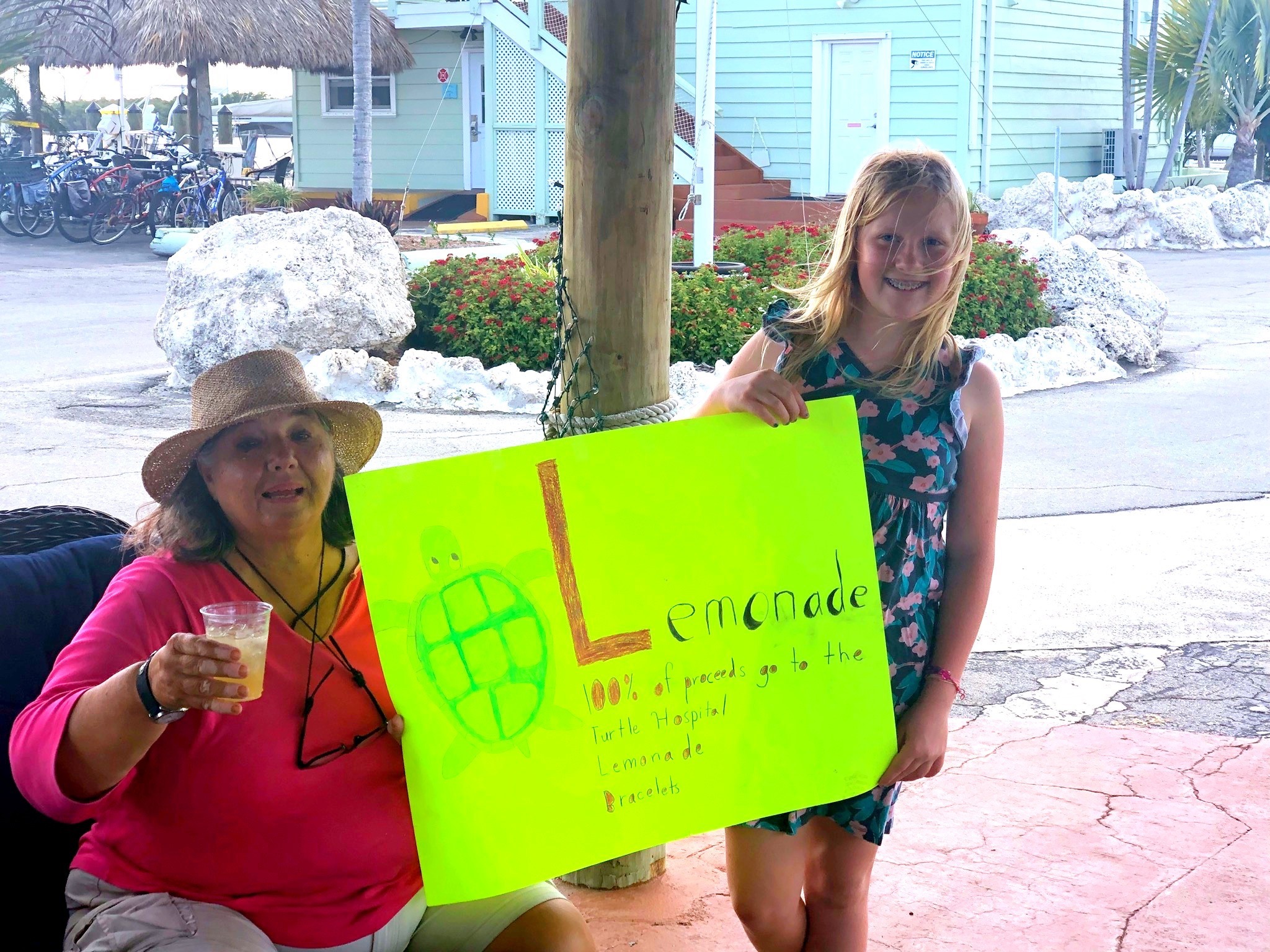 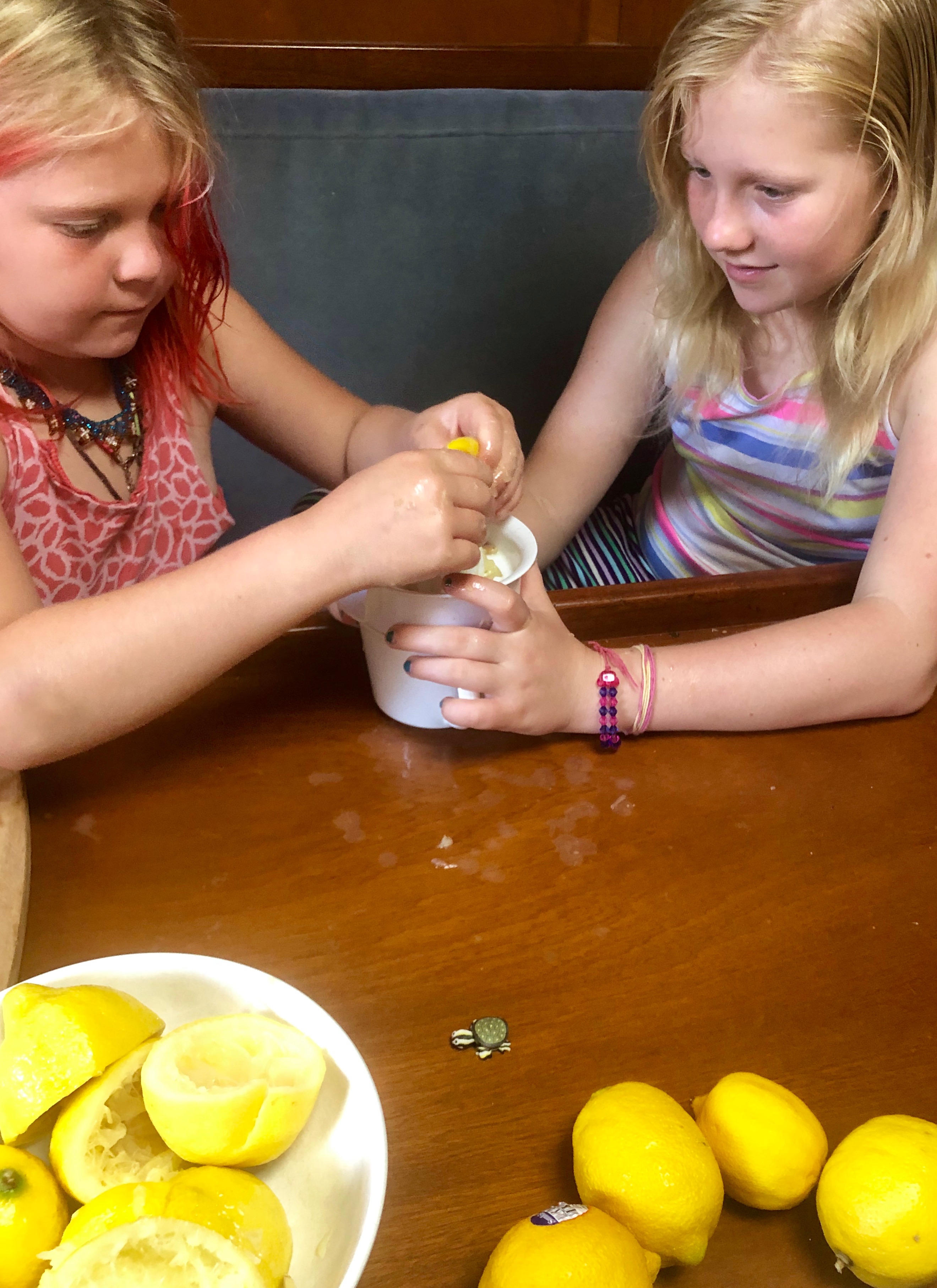 We went to the turtle hospital to donate the money we raised with the lemonade stand. While we were there we went on a tour and learned about all the patients they have. My favorite was an Olive Ridley sea turtle. He was so cute! He was the only Olive Ridley sea turtle they had, and he most likely was dragged in fishing nets to Florida from somewhere on the other side of the world. They didn’t know what species he was until they did a flipper skin test.

The turtle hospital in Marathon, Florida is one of the largest in the world. It has over 60 patients, and releases turtles back into the wild weekly. The top three reasons why they receive patients are boat strikes which cause Bubble butt syndrome, which is when turtles have air stuck in their shells and they can’t dive to eat or escape boats. Impaction which is caused by eating trash, it gives them gas which means they can’t dive, and it also gives them a false feeling of being full. The third reason is tumors which are caused by pollution in the water, damaging turtles’ immune systems. The turtles that have these tumors often can’t swim or see because the tumors affect their eyes and fins. The criteria for releasing a turtle are that they have to have one good eye, they need three good fins, and need to be able to dive. 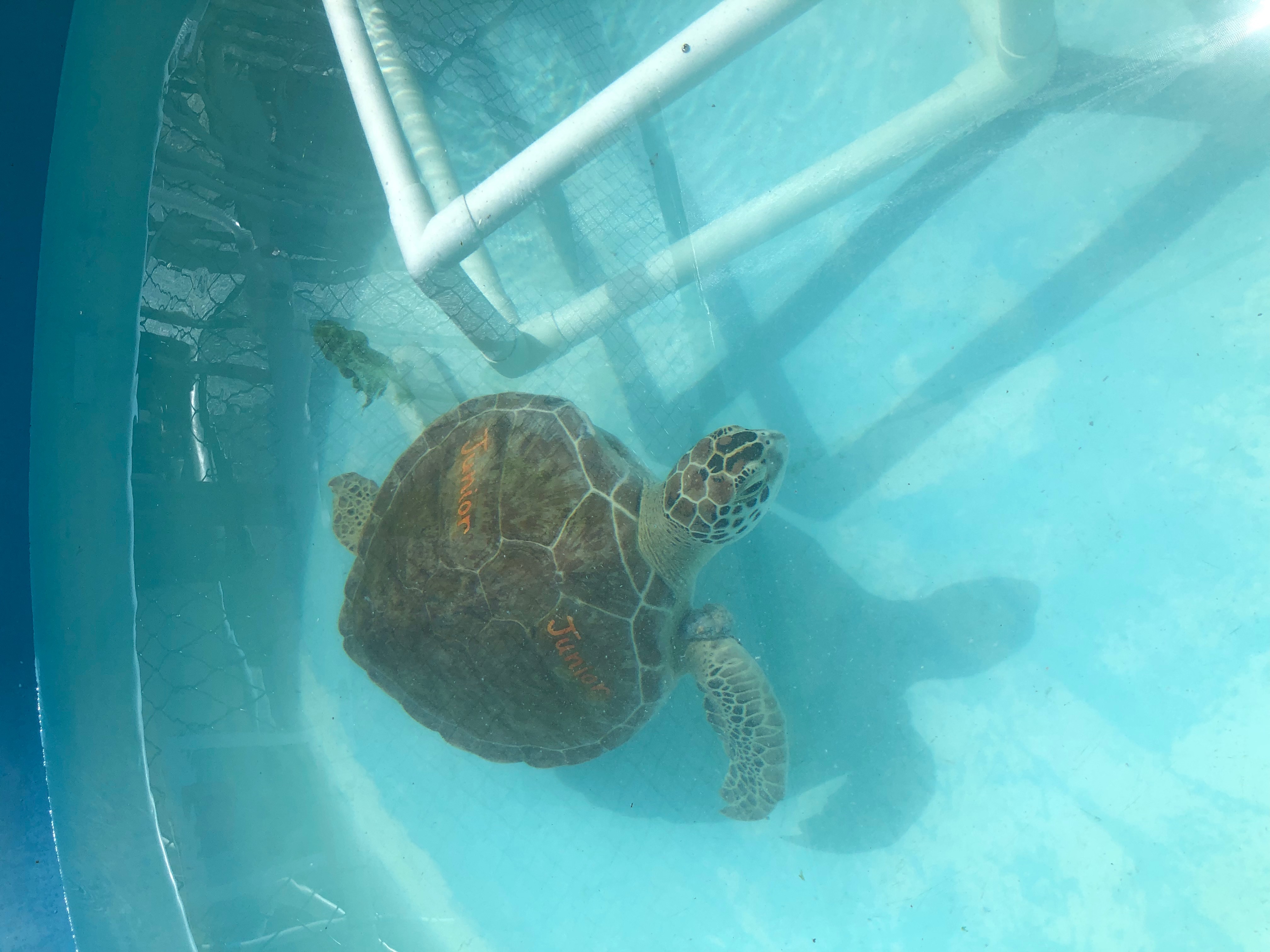 Junior – the turtle with an amputated fin 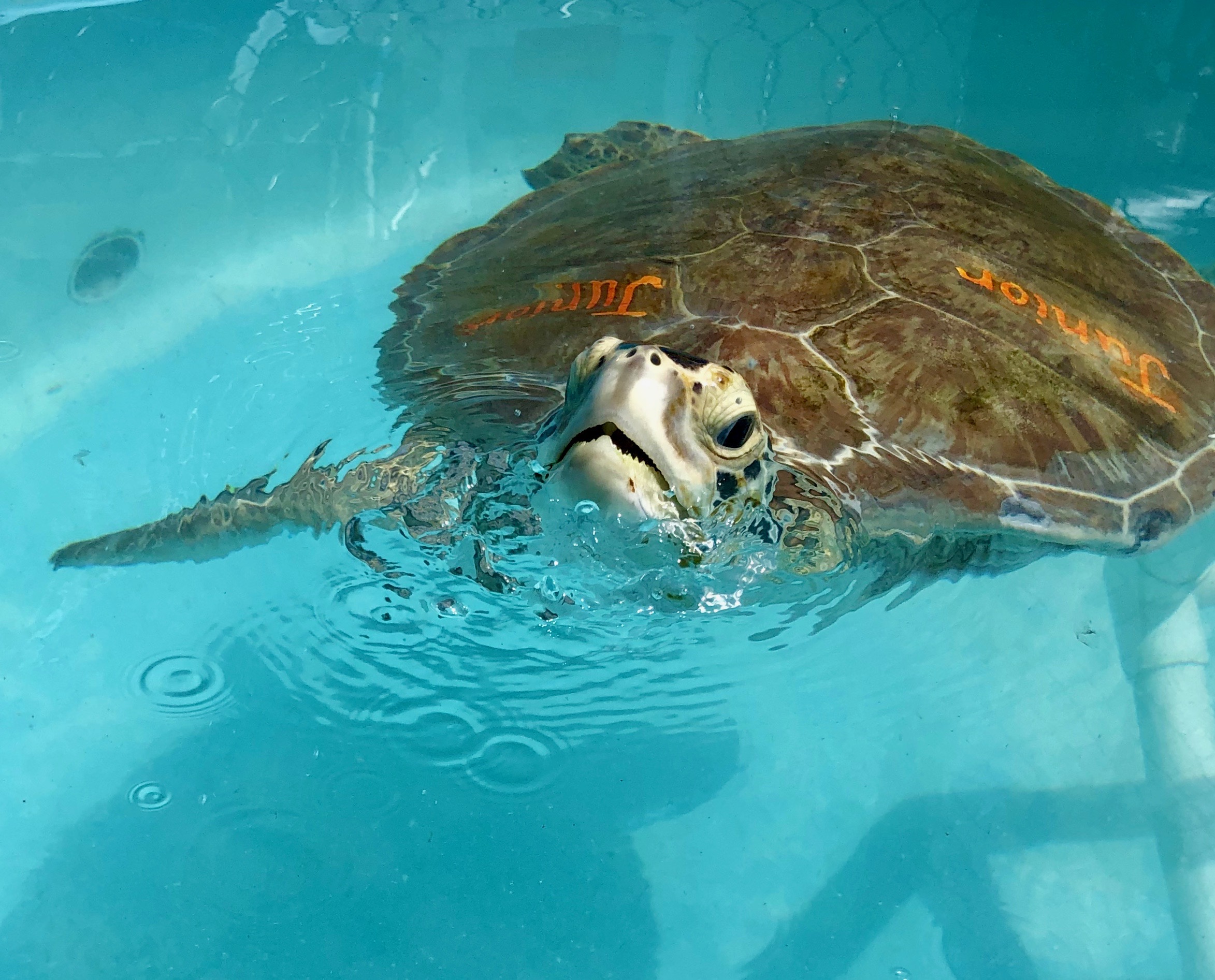 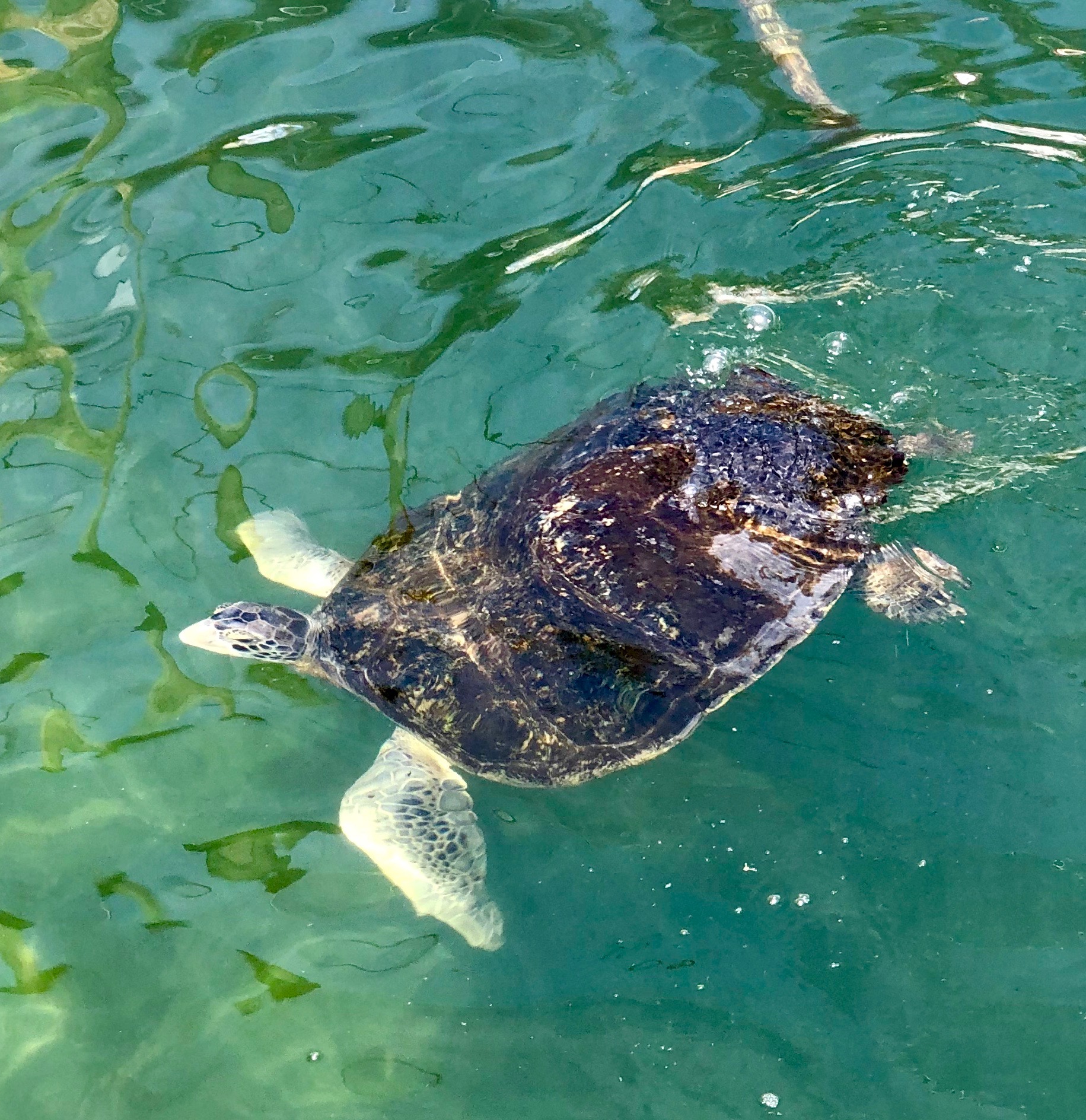 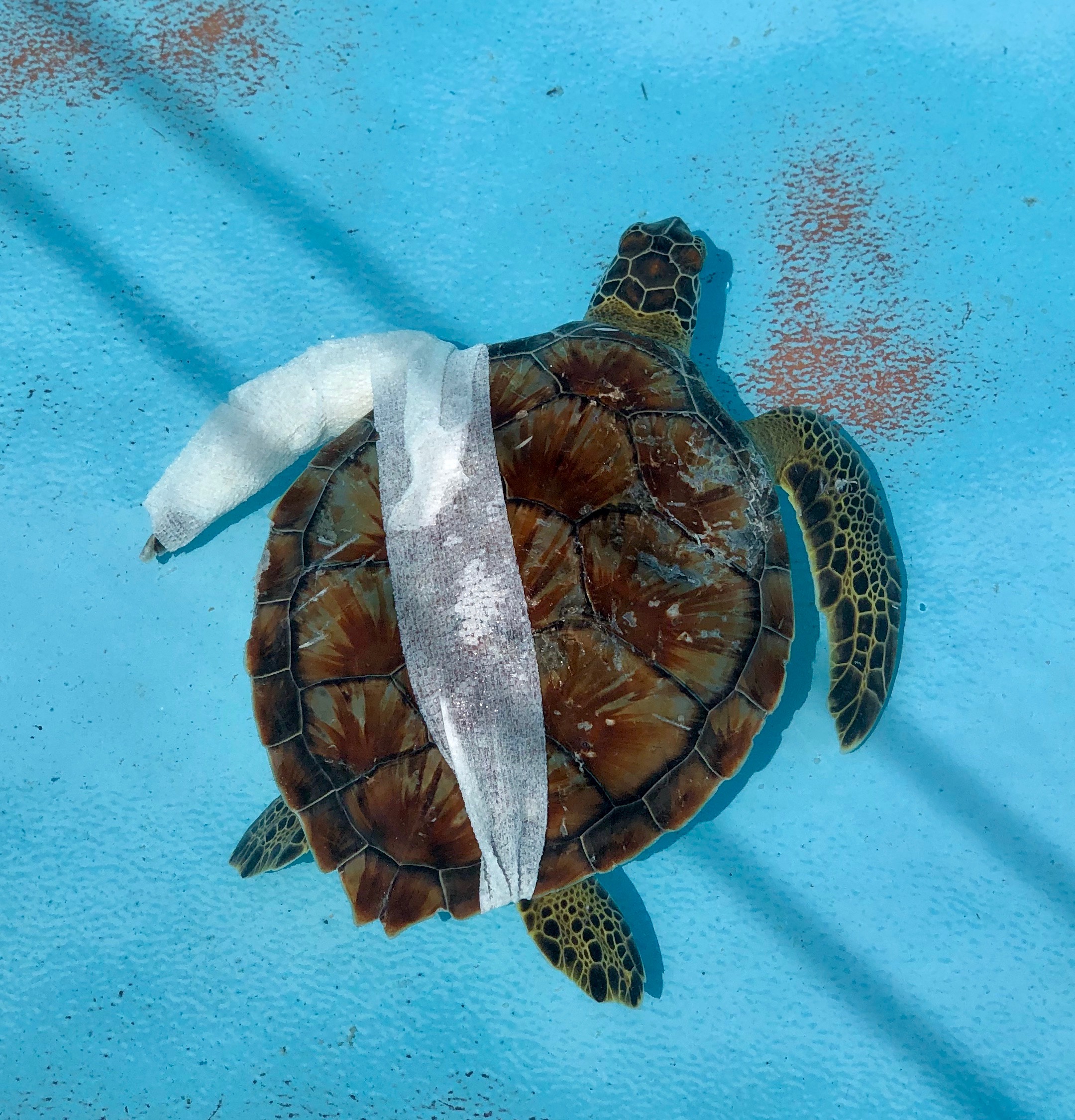 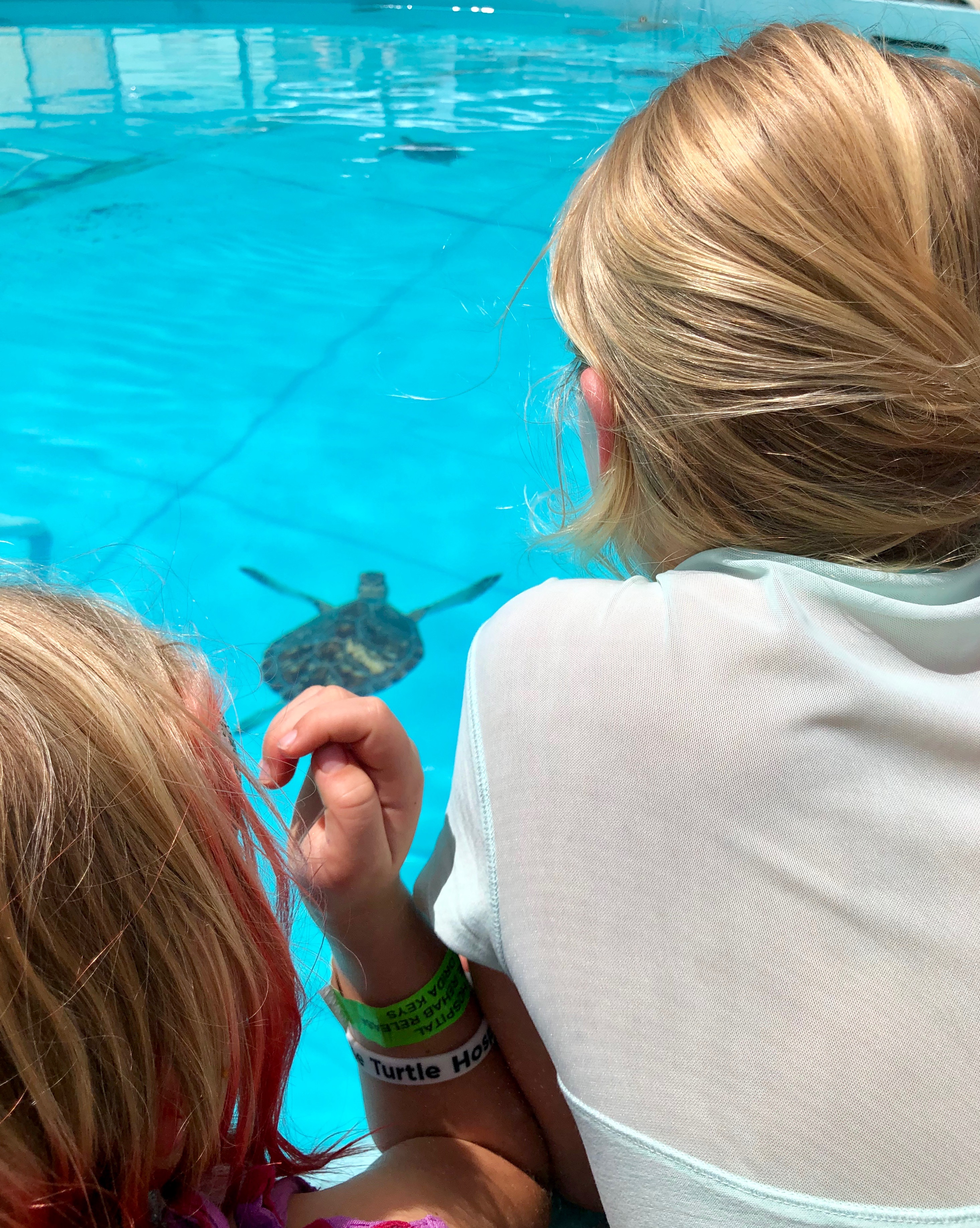 looking at the turtles with Lorelei 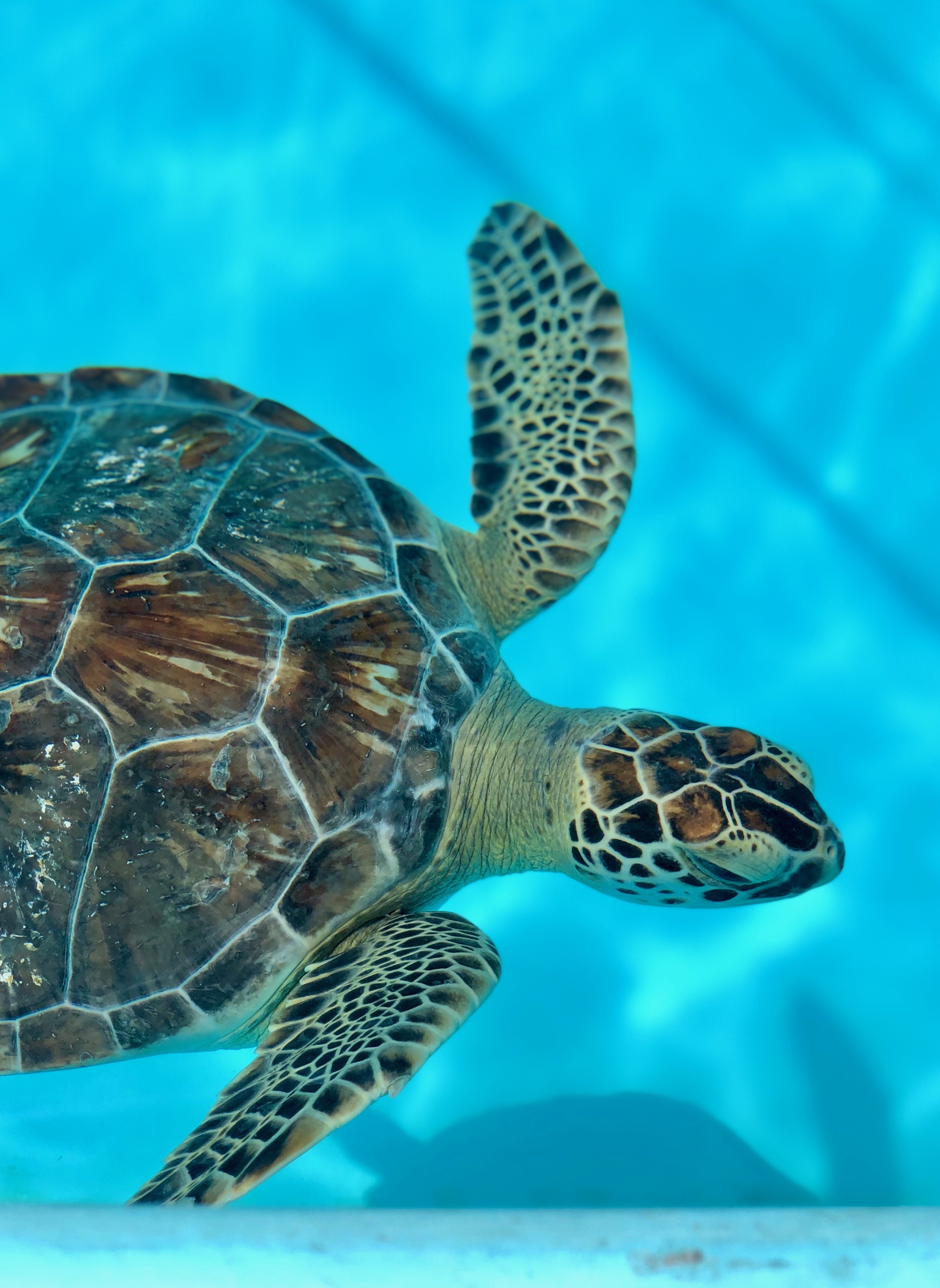 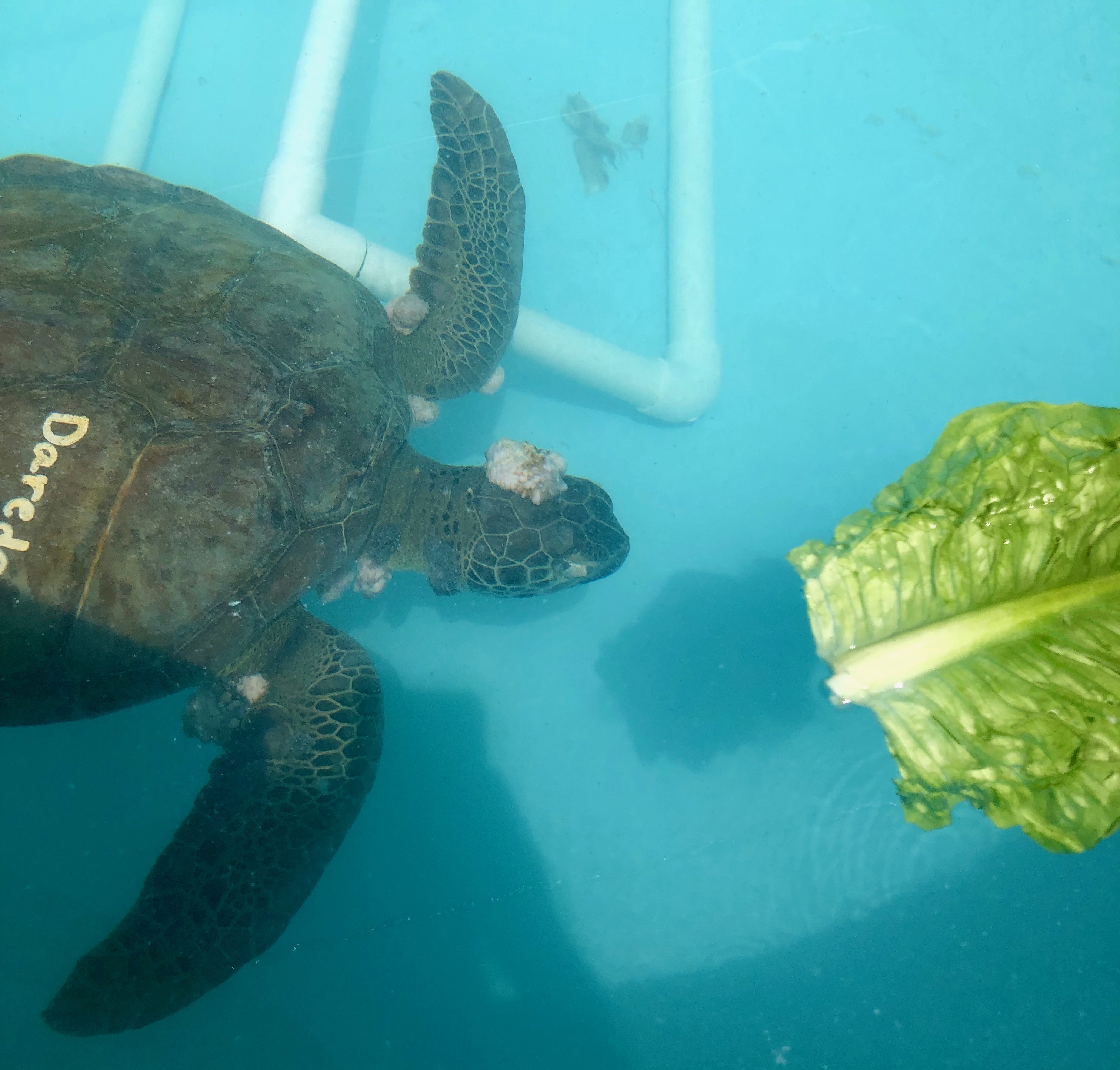 a turtle before tumor removal

What You Can Do

Become aware of turtles and their situation, and find ways to keep trash out of our oceans

Try to reduce the amount of trash you produce. 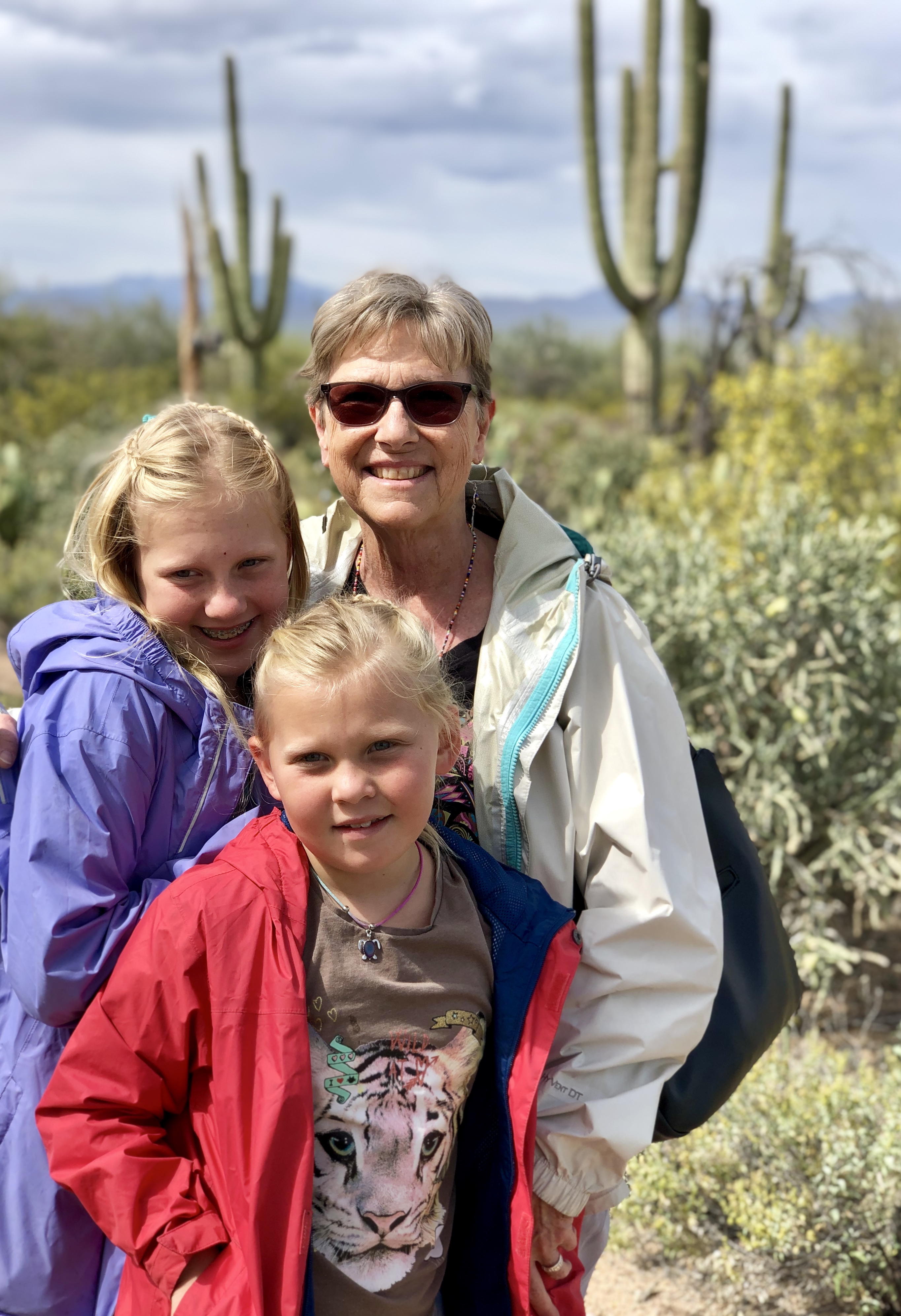 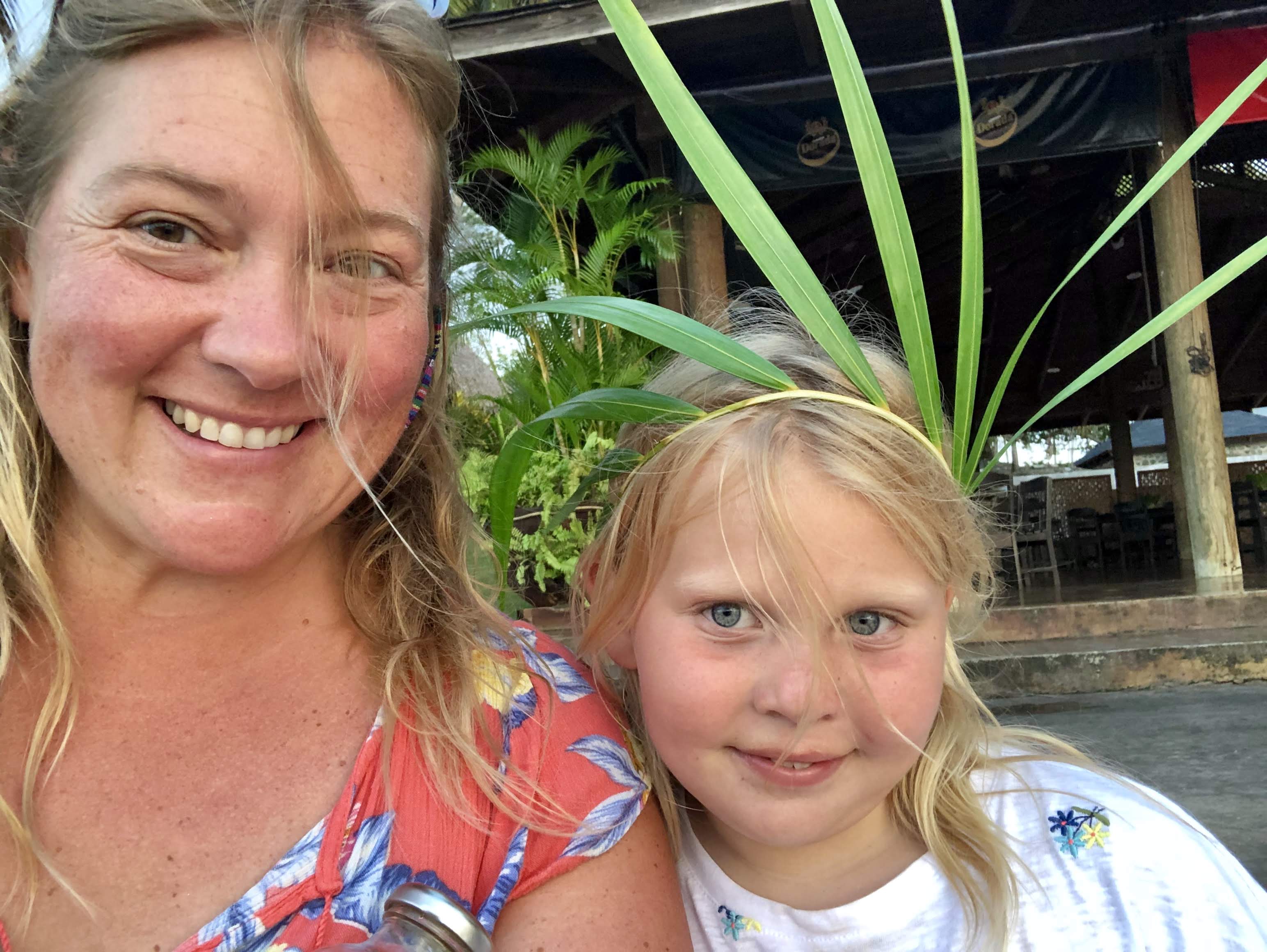