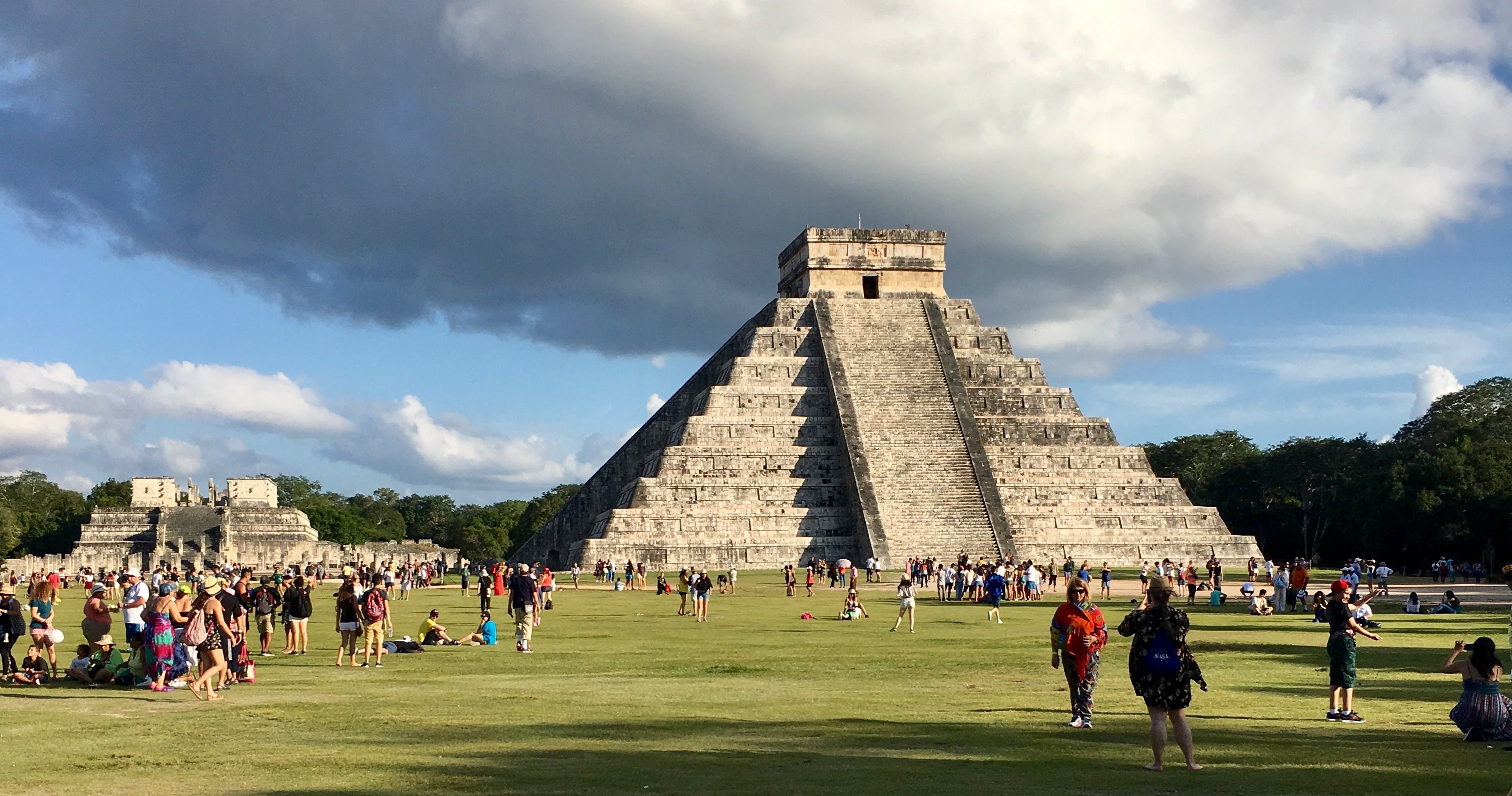 We went to Chichen Itza, which is an ancient Mayan Village. Some of the buildings were restored to look like they did when they were first built. Mayans used only simple stone tools to build these amazing pyramids, temples, and platforms! The most famous monument is the giant step pyramid known as El Castillo, or the castle. The building on top of El Castillo is a temple dedicated to Kukulcan a god depicted as a winged serpent. Another famous building at Chichen Itza was the ball court where the Mayans played Pok-A-Tok in which they tried to hit the ball using any part of their body but hands through a hoop. We saw Pok-A-Tok played when we visited Xcaret, a Mexican theme park. Chichen Itza is built near two cenotes, one the Sacred Cenote, which no one has touched for years, and the freshwater cenote. It was built near these two cenotes because the Mayans made sacrifices and offerings to the gods near them. We also visited Coba which was cool because you can climb it! You must be very careful when you climb Coba because of how different the steps are. The steps are large and uneven and polished from all the visitors. I also noticed that the doorways are very tiny because all the Mayans were very small people. I think that it would be kind of scary to live in a Mayan village because you could be sacrificed! 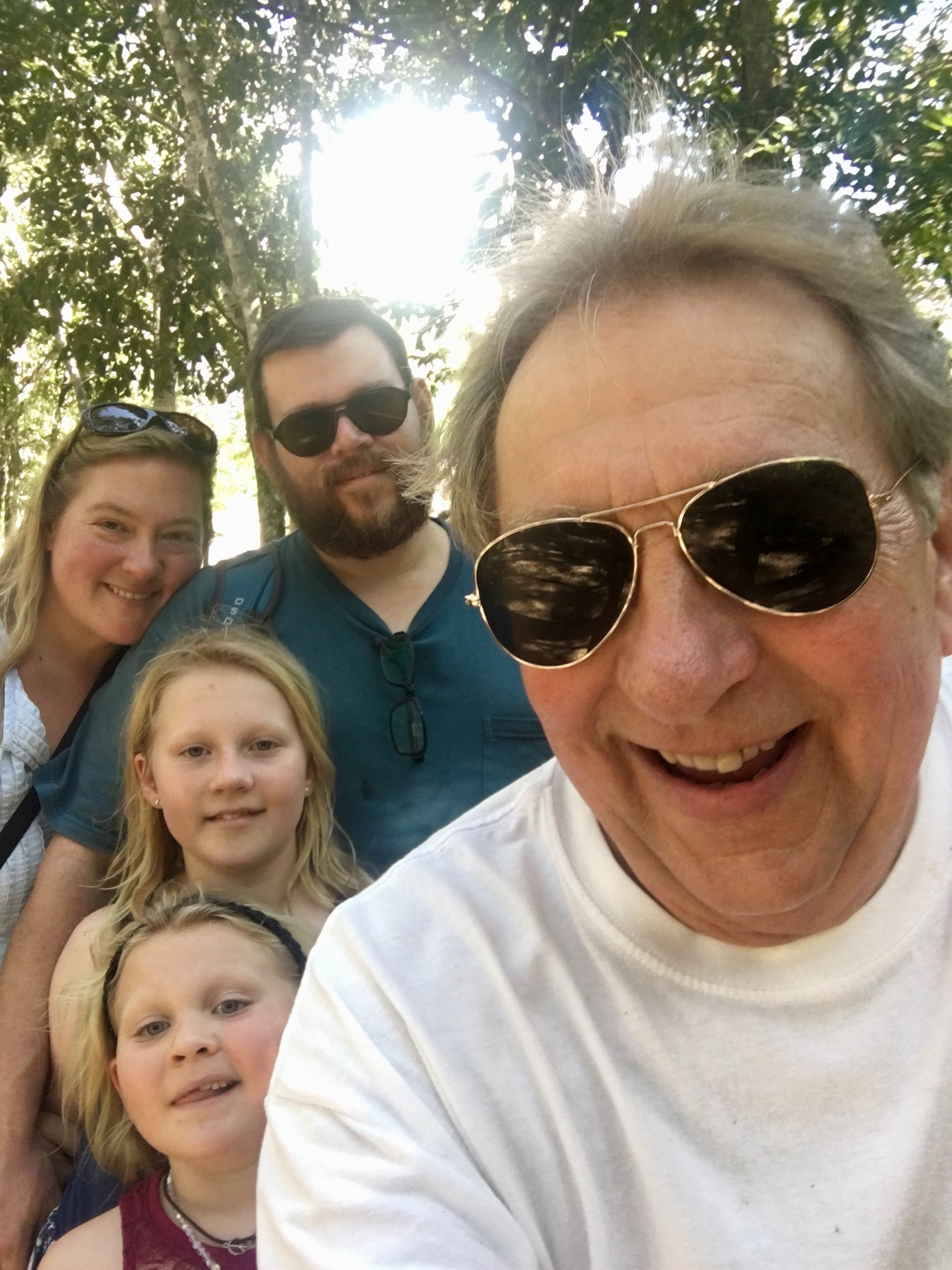 Everybody at Chichen Itza 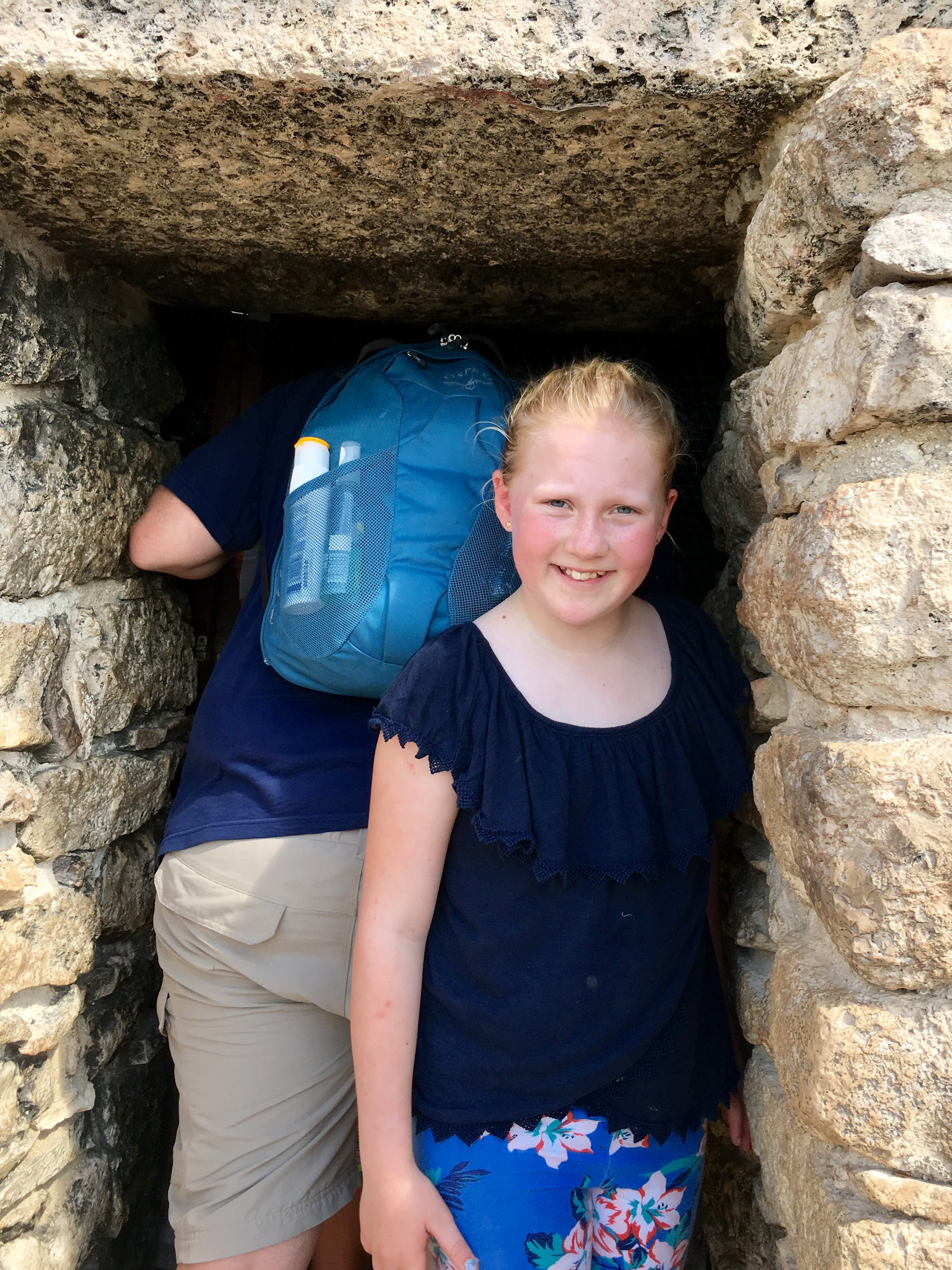 Me in one of the tiny doors at Coba 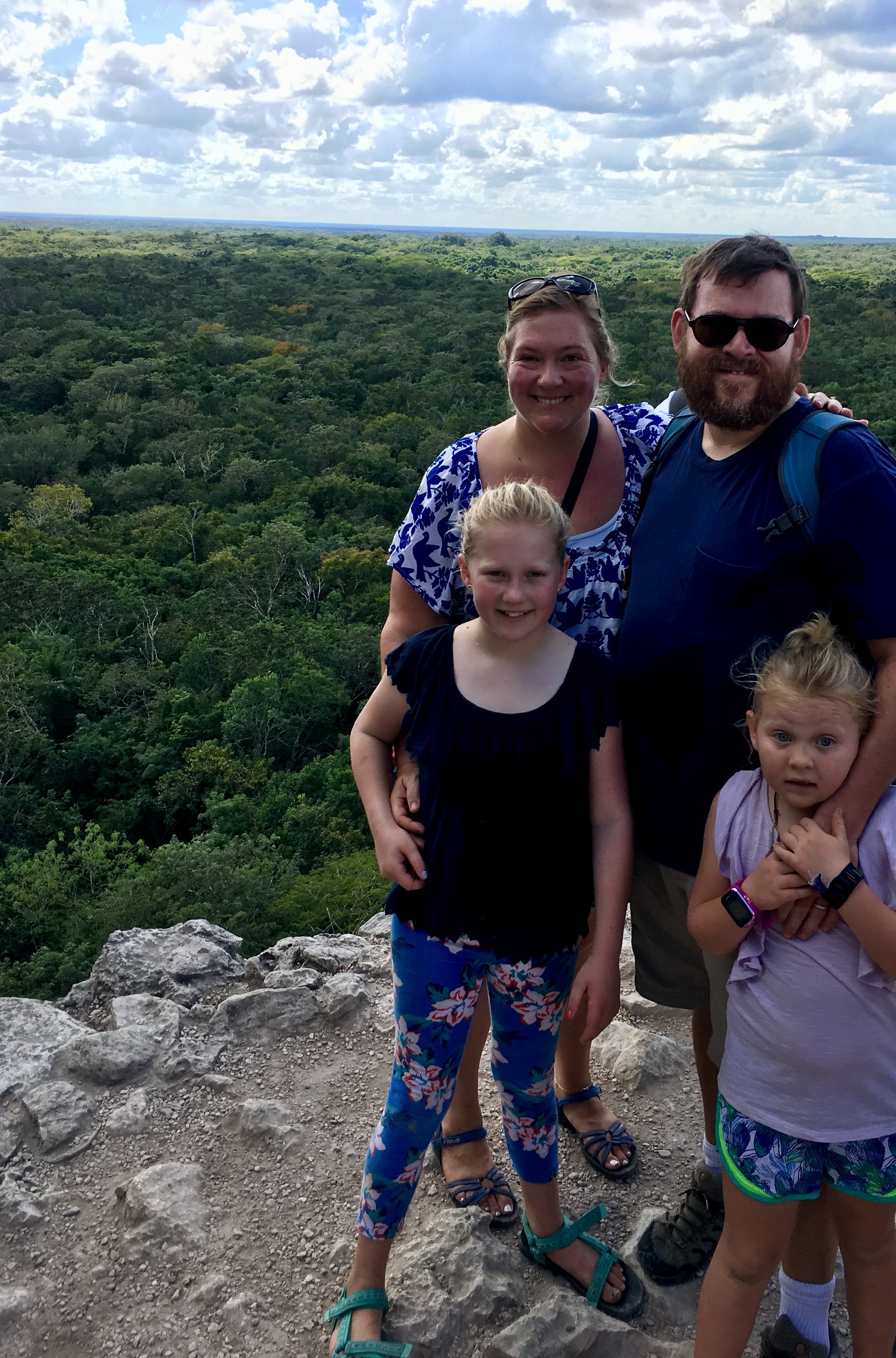 View from the top of Coba

We have been living in Playa Del Carmen, Mexico and Frida Kahlo is very famous here. Her artwork is everywhere! We went to the Frida Kahlo museum, and it was super interesting. We had a guided tour of the museum, and saw a timeline of Frida Kahlo’s life. It was very artistically done! We saw a show about Frida Kahlo’s bus accident, and learned that since the time Frida Kahlo was six she had polio. When she was older she was in a bus accident where a metal handle bar went through her ribcage, spine, and pelvis, causing her pain for the rest of her life. Frida Kahlo expressed herself through all types of art. When she was confined to corsets she painted a portrait of herself in a corset with a broken pillar representing her spine, you would imagine that if the corset came off she would fall apart. Some of her most famous words were “I wish to find a way out and I wish to never come back” but still throughout her entire life she remained energetic and full of ideas. Her last painting was of watermelons with her name and “Viva la Vida,” which means “Long Live Life.” After learning about Frida, we made our own self-portraits at home. 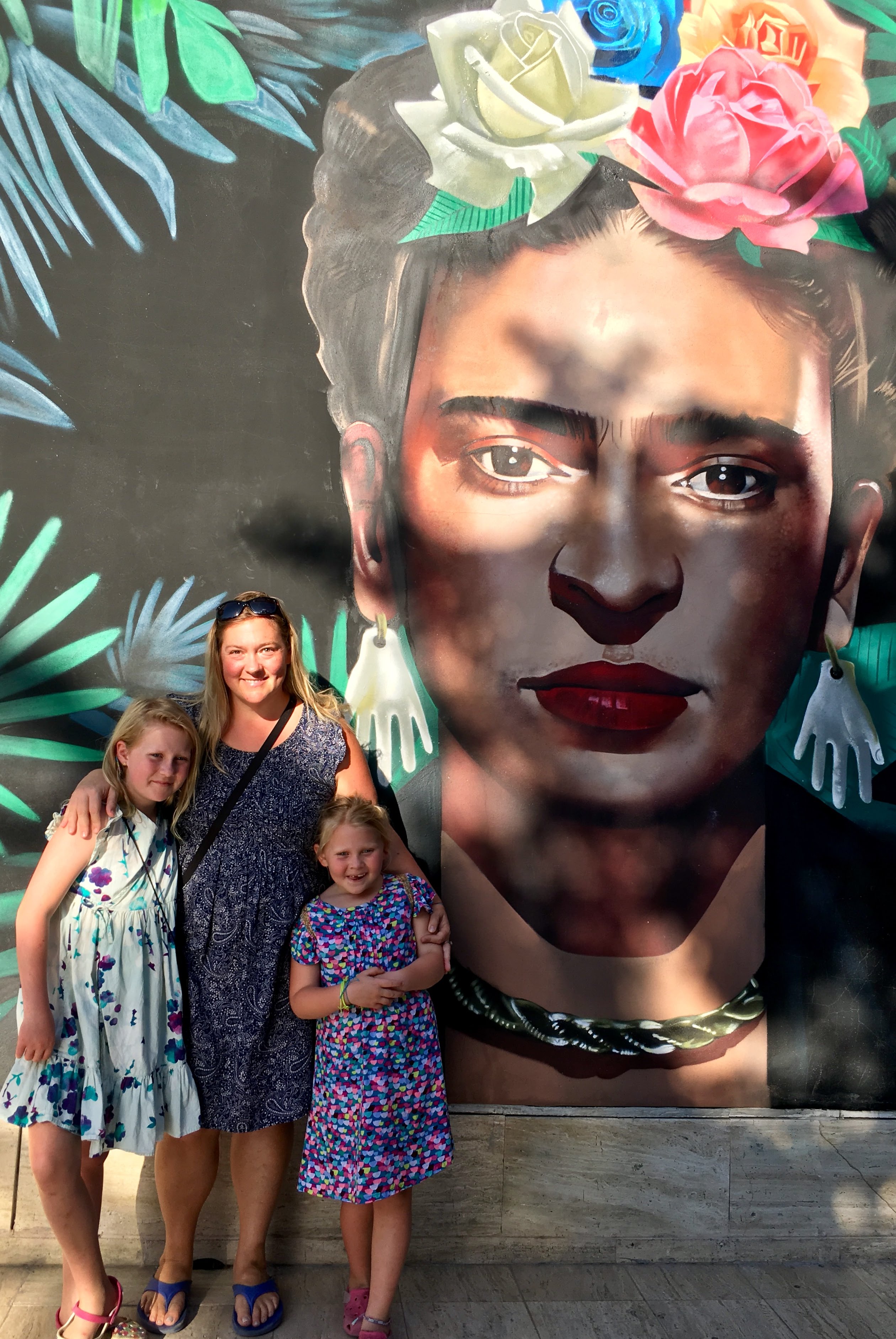 We went to the Park Day Co-ops. It was really cool! I took chess, art, and carpentry. Lorelei took art, music, and African dance. Sometimes, at the park on Co-op day, they sell stuff. Last time I got a blouse and a marquesita, which is like an ice-cream cone filled with Nutella and bananas. At carpentry I made a coat rack that I got to take home, at art I made some sculptures, at theater I made a paper mask, and at painting I made, well, a painting! The park is huge! It has a cafeteria, a juice area, a playground, a huge climbing tree, a teepee, a small pit, and a large pit. The homeschooling group that we belong to is made partly out of locals, partly out of expats, and partly out of people who travel all the time like us. My favorite place to play at the park is the teepee, the tree or, the pits. I also made some new friends– a little boy named Matias and a girl named Derisha who is from the Netherlands. My Spanish practice helps me a lot with ordering food at the park cafeteria, but I still need to work on it. I have really enjoyed Park Day and it has been a big part of my life in Mexico. 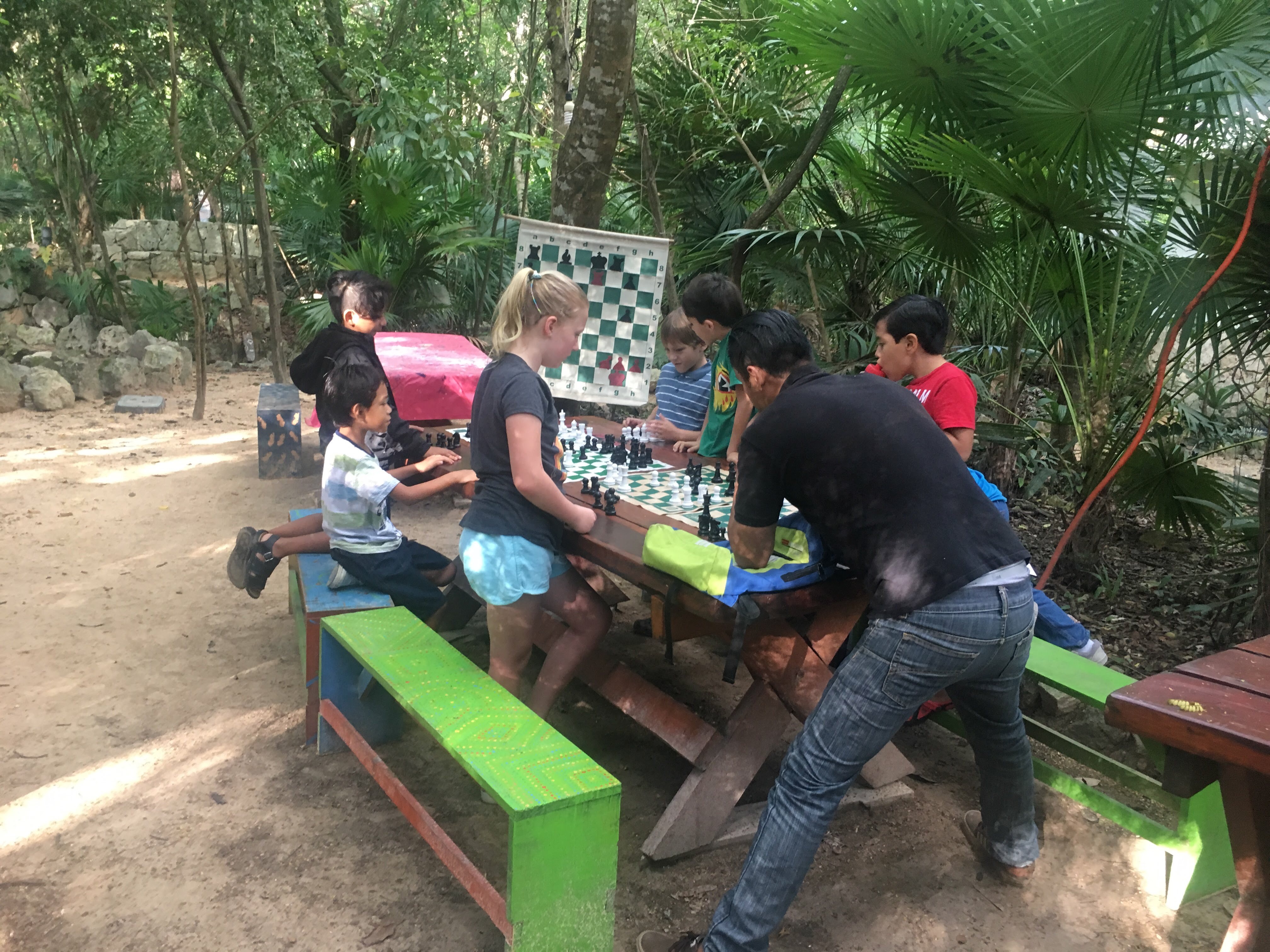 Playing chess during the Co-op classes 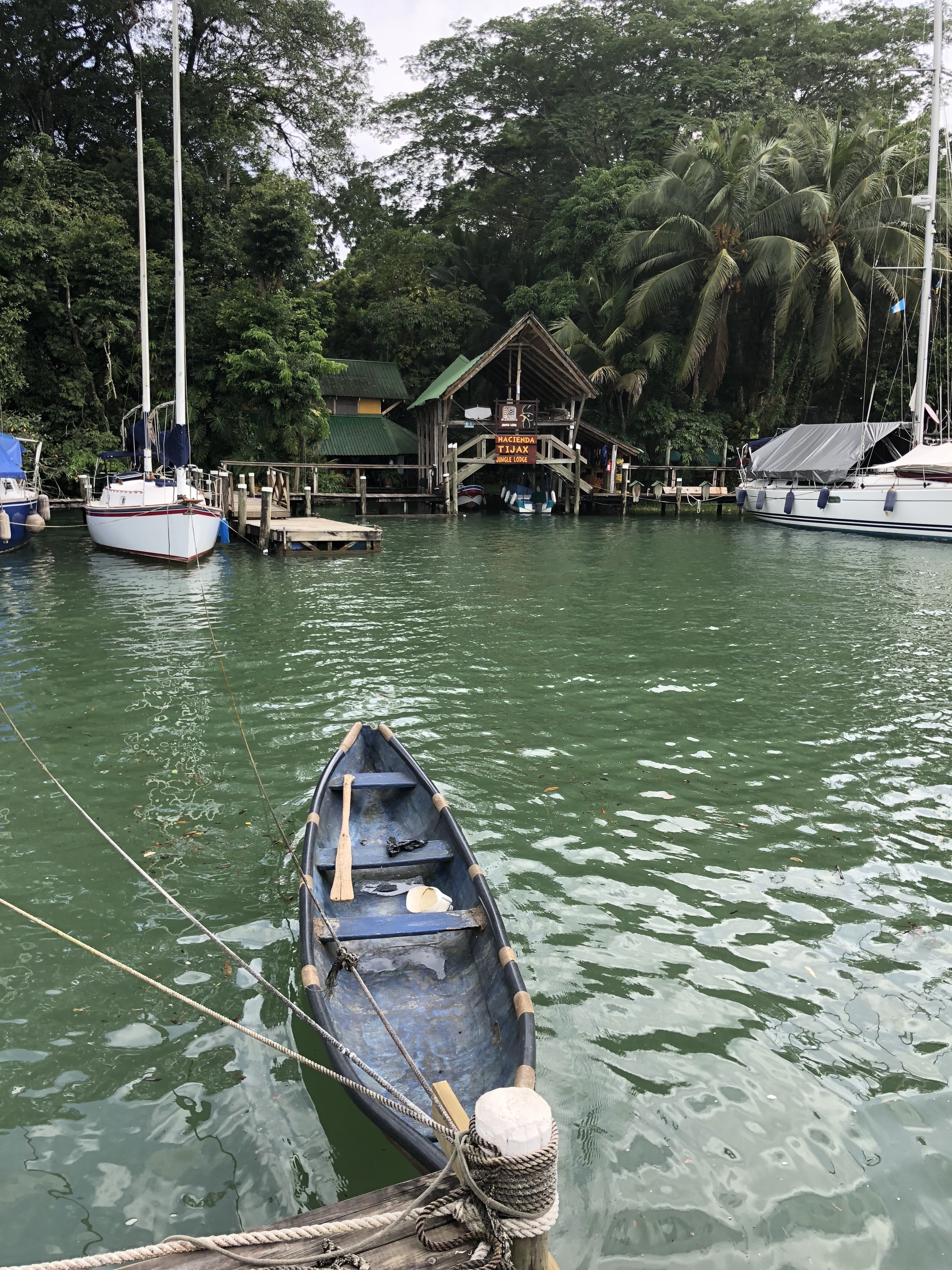 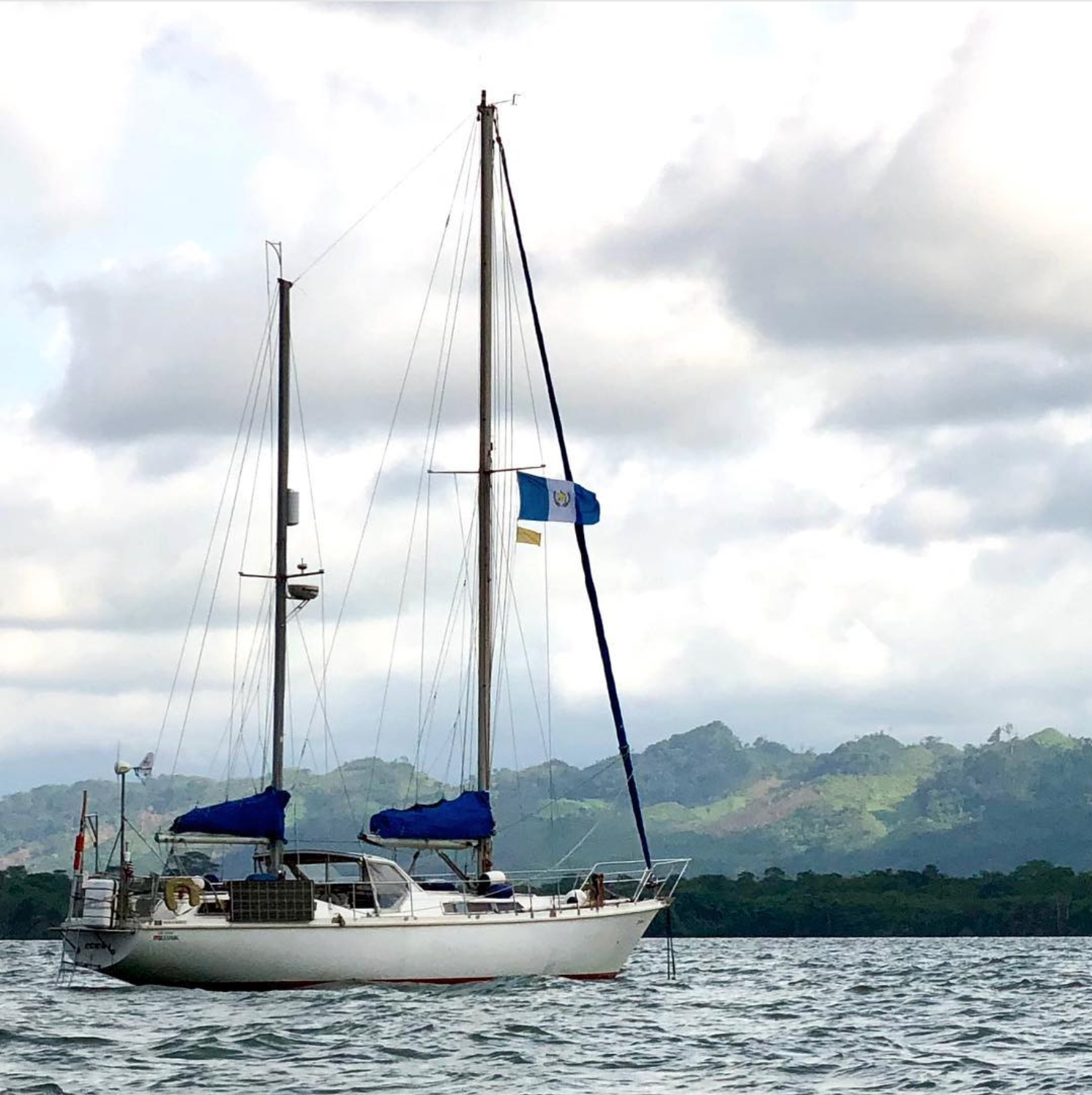