We’ve never had a decent strategy for storing and backing up photos, either now or when we lived on dirt. As a Christmas present to April this year, I have finally developed that strategy. The following is mainly based on Stammy’s post and adapted for life on 12 volts and water water everywhere.

The first thing is that rather than one or two large camera cards we will have several medium ones. That way if one is lost or corrupted the loss is limited. In order to keep track of them and keep them dry we have a cool new waterproof case for 8 or 10 of them.

The next thing is that we want to always have at least two local copies of every picture on different media. So we have two 4-terabyte USB drives, and the rule for transferring photos off the camera cards is make sure that the pictures have been copied not just to the first drive but then backed up to second before the camera card is cleared.

Third, we want cloud backups for our physical media. An almost perfect solution for this it Google Photos. It continually transfers photos from multiple sources including phones, ipads, and external drives whenever it has an internet signal, whether wifi or cellular. It even does fancy little tricks with them like creating collages and animations from series of similar still shots. It’s free to upload as many photos as we want so long as we’re willing to accept “high quality” rather than full resolution.

We’re not actually willing to completely let go of full resolution so we have yet another layer of cloud backup using CrashPlan. While not quite as seamless as Google Photos upload, CrashPlan allows us to back as much as we want at full resolution. It is $10/mo but I think it’s well worth it.

Altogether then, each camera photo will live as one copy on the original camera card, be transferred to the two local drives before it’s erased from the camera card, and finally uploaded to Google Photos and CrashPlan. So long term there will be four permanent copies of each camera photo. Phone pictures will be immediately uploaded to Google as soon as there’s a cellular signal. They’ll be tranferred to the local drives before they’re erased from the phone, and then backed up to CrashPlan, so that for phone pictures too from the first download on there are always at least 2 copies and ultimately 4 permanent copies.

Hope you liked your present, babe!

Wasting away in REDACTED 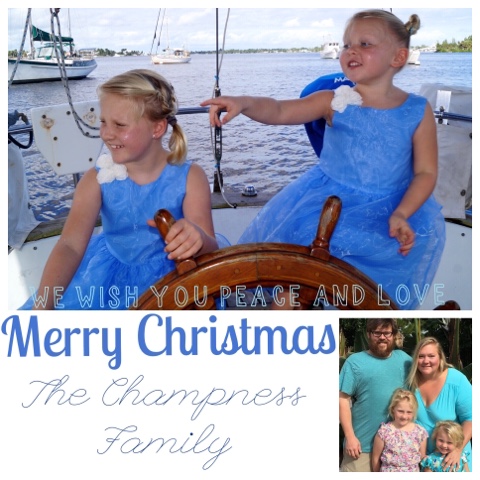 Christmas On The Boat