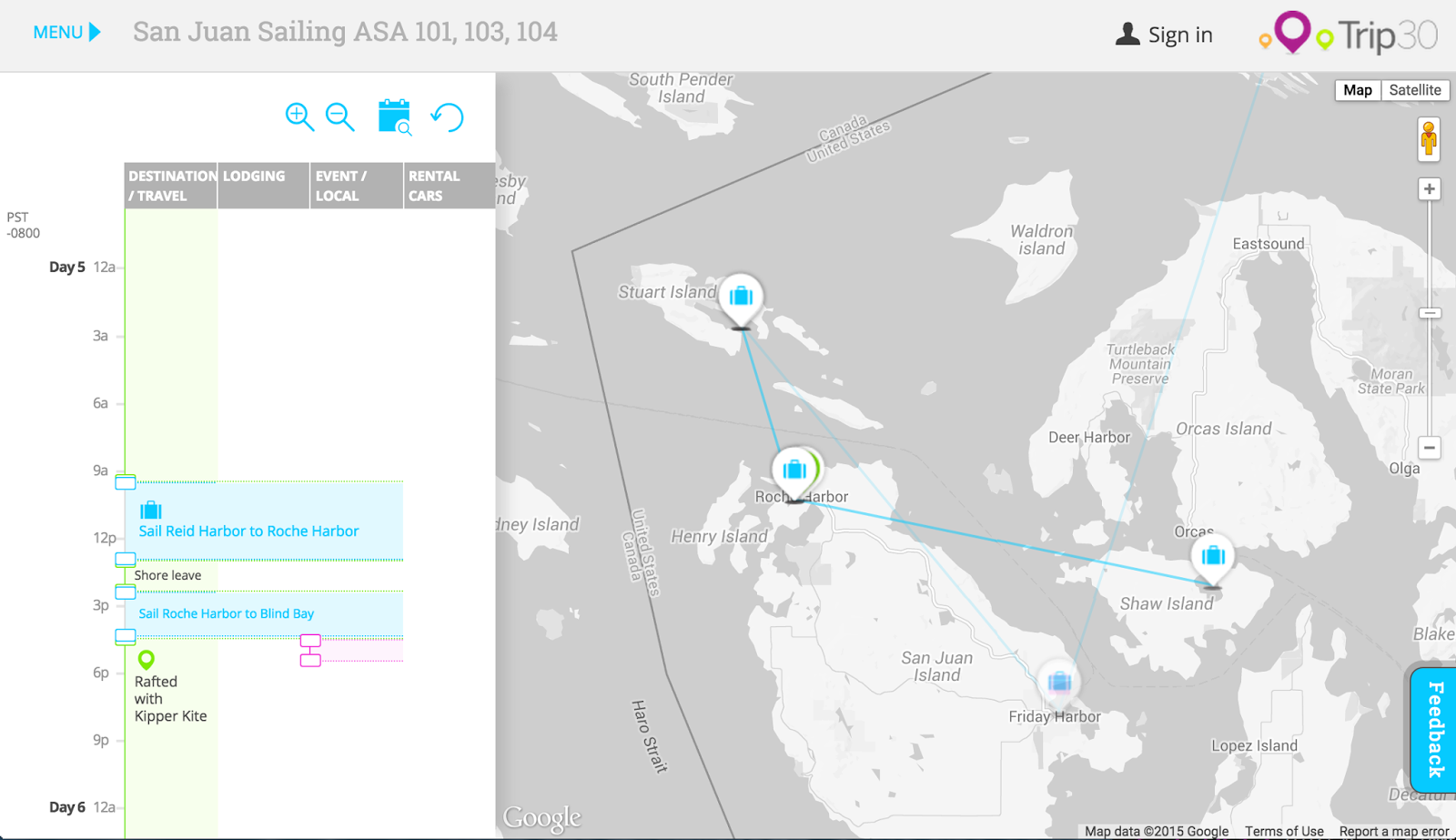 Day 5 - Today, I’m the skipper. Well, sort of skipper understudy. Lisa is always the real skipper on our boat. My duties include:

On our way out of Reid Harbor today we decided to pump out the holding tank. We could tell it was time because it became really hard to flush the toilet! 5 women on a boat means it has to happen fairly often. The pump out station was a little floating island that we practiced docking alongside. We unscrewed the waste cap and hooked up the hose. When we went to pump, we couldn’t find the red button anywhere. It was such a mystery until we realized it was a manual pump. Poor Robin, got the unfortunate job of pumping. I guess it is better than the job of having to hold the hose onto the boat…that job is so bad that rubber gloves are required. 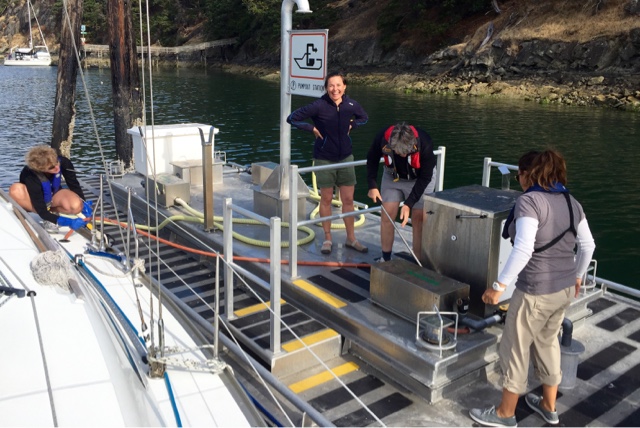 the manual pump out station

We also each took a turn rotating through the different jobs involved with picking up a mooring ball in Reid Harbor, and docking. It all went very smoothly. Lisa’s trick is to aim the bow at a 45° angle toward the position you would like the stern quarter of the boat to land, then wait until you are about 10 feet away from the dock and straighten out. It all went very smoothly! 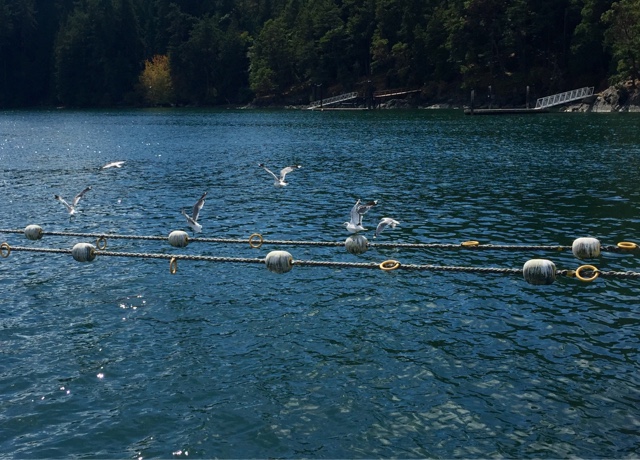 practicing soft docking on these lines

We made a stop today for an outing in the cute little town of Roche Harbor. We all got out and walked around town a little, had ice cream, and picked up a couple of supplies before heading on to Blind Bay.

After we anchored off of Shaw Island we took our second test on ASA 103, Coastal Cruising. This one was a little more in depth about really managing a 35-50 foot boat including knowing its systems and sailing her. It also went into greater depth on navigation and the rules of the road. I passed! Yea! While we were taking the test Kipper Kite (a fellow women’s cruise out of San Juan Sailing) pulled in and rafted with us.

We’re celebrating finishing the test with some fresh oysters that Robin picked up in Roche Harbor. They are tricky to shuck but they are so good. The best I have ever had! We just had them totally raw with a little squeeze of lemon, and a glass of wine on the side. I’m really enjoying the women I’m sailing with! We laugh so much, sometimes I laugh until my stomach hurts, and it’s awesome. I feel like I’m definitely making great friends. 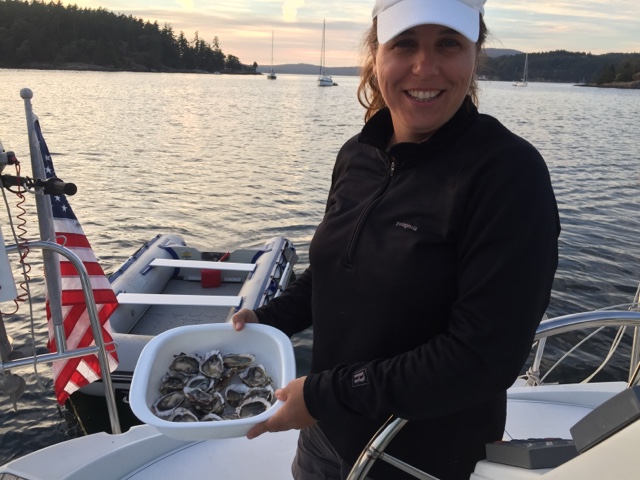 Robin with the oysters 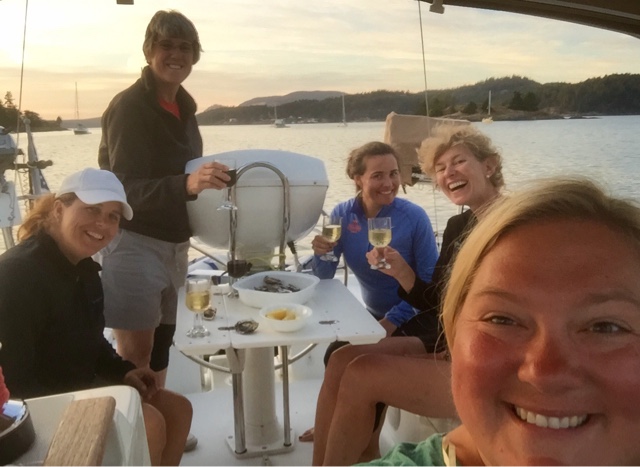 everyone in the cockpit 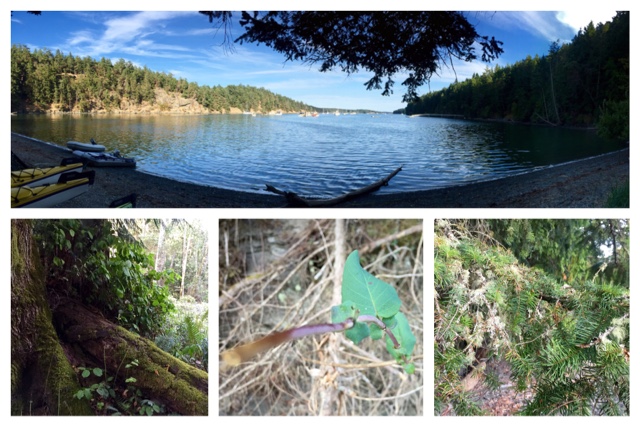