I’m off to Bellingham, Washington! I signed up for a learning cruise through San Juan sailing and I feel like I have been waiting forever for the trip to come, and finally here it is. I rented a car to get to the airport so Jacob wouldn’t have to spend 4 hours in the car with the girls, the last two of which would be after bedtime. He protested, but honestly, it sounded pretty nice driving by myself. That doesn’t happen very often.

After living on the boat for nearly a year, I’m still not as confident about handling her as I’d like to be, and it was made very clear during our trip back from Marathon last May. Jacob and I wanted to do an overnight passage from Marathon to No Name Harbor, and I was supposed to take a shift around 2a.m. I was pretty nervous about being on my own with Jacob asleep, and it turned out that Jacob was too nervous for me to be on my own too, and he didn’t even wake me. After that, I knew I needed to build some skill, and I really had my heart set on a women’s only course.

I searched for a course in Florida and found a couple, but they weren’t being offered until after hurricane season and they were all pretty pricey. Then for less money (including airfare) I found San Juan Sailing. I love the Pacific Northwest with a passion. Jacob and I had lots adventures there in our early years together! I found a spot on a women’s only cruise (the last one of the season there), Jacob was able to take off a week of work to care for the girls, and I was off. It was meant to be!

Nothing too exciting today, other than flying alone for the first time since having babies. It is a luxury to read a magazine and nap! I know I will miss those guys like crazy very soon, but I’m also really happy for the ME time. 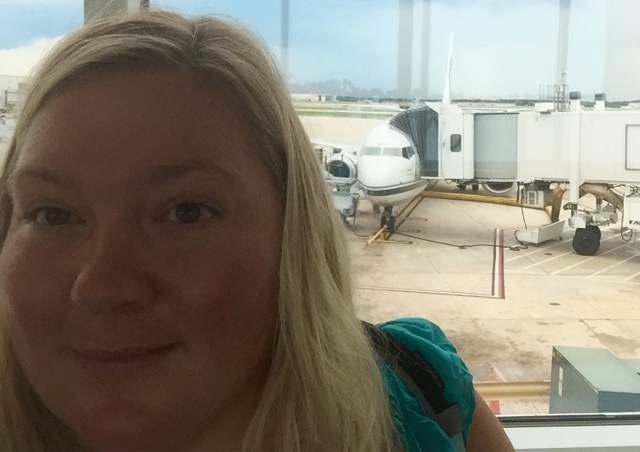 me…alone…waiting to board the plane 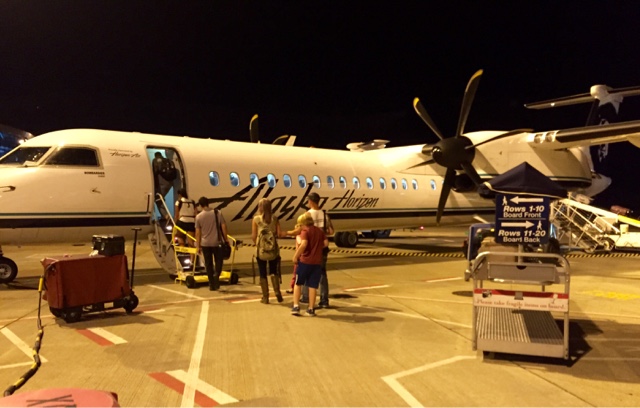 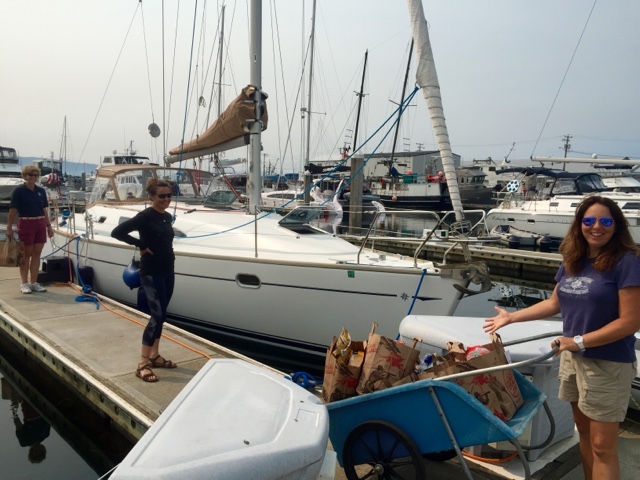