It’s our first summer living on the boat. I was worried it would be way too hot and sweaty, but really we are staying far too busy to notice the heat! Plus, we do have air-conditioning, which helps a lot.
We have crammed in two visits from friends,  four camps (2 each), plus lots of attempting to just do normal summer things, and we are not even half way through.
First, my beautiful friend Tammy came with her two sons for a long weekend in Orlando. We met at a Disney resort for an action packed several days. We played in the pools, went to downtown Disney and spent a fun day at Legoland. Disney was really busy with lots of people and lines, and I had a problem with continually losing the children! I think I'm out of the habit of being in crowded places with them. Our lives are pretty slow paced these days. I was feeling a little frazzled by the end. It was great catching up with my friend though and her boys are so sweet and fun. The last day the girls said they felt like they were their brothers. We miss those guys! 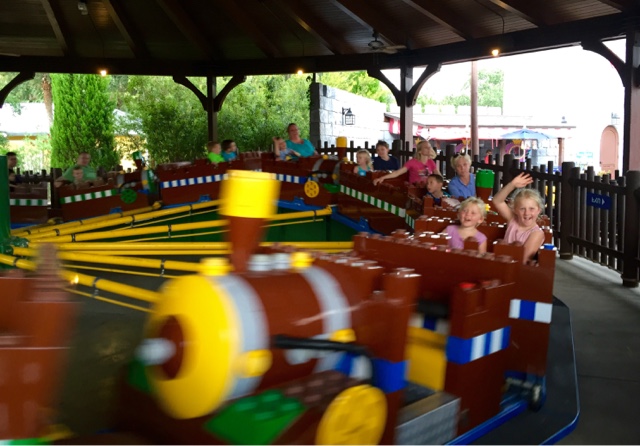 Less than a week later my long-time pal Valerie and her 9 year old son flew in. Valerie and I have been friends since we were in the second grade, and no matter how long we are apart, it is always really easy to slip back into comfortable. We spent our first few days together down in the keys. We went out on a snorkel boat, spent a morning at Bahai Honda and went to Theater of the Sea in Isla Morajada.


We also had a 5 days planned around Ft. Pierce where we were hoping for lots of leisurely trips to the beach and a trip to Legoland. Unfortunately, Audrey got really sick and we had to take things very easy. We still made it to Legoland which was really fun, even the second time in two weeks!
The week after Valerie and Evan left the girls had their first camps of the summer. I signed them both up for two weeks of camp. For the first round Audrey did sailing camp, and Lorelei did a gymnastics camp.
Lorelei liked camp, although she was one of the younger girls and didn't seem to click with the kids as much. She loved all of the trampoline time though, and was pretty excited about the day they had an ice cream truck come by and she was allowed to pick whatever she wanted!
Audrey loved sailing camp this year! She was a little bigger and stronger and so she was better able to control her boat and get it to go faster. Also, I don't think it hurt that there was another 7 year old girl in her group! 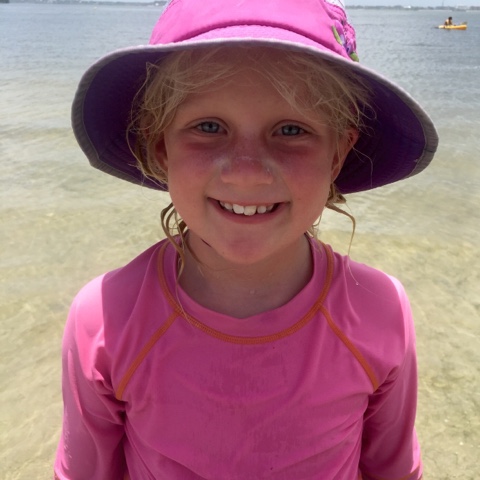 It’s hard to believe we have been in Florida over a year now. Last year at this time we were staying in a vacation condo trying to get the boat ready to splash. We have been really enjoying all of our summer plans, but I think the thing we are most excited about it getting back to traveling with the boat. We have lots of different possibilities being tossed around for our next trip, and they all sound great!
More Summer Fun: 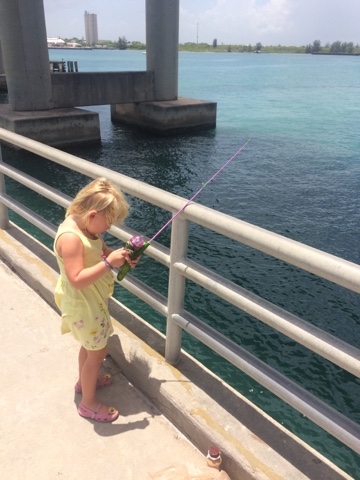