We pulled out of Horn Lake around 11a after two insect scares, a dog police dodging (I guess we forgot to mention we had a dog when we checked in), and breakfast at Cracker Barrel. We also stopped at the grocery for snack lunch (pears, cheese, crackers and water bottles).
I found a tick on my chest this morning, attached. Eeww! I think I must have picked it up yesterday wading through the tall grass trying to capture just how pretty the road from Mansfield was. After a quick CDC search on tick removal Jacob used some tweezers to take it off, and then we all had a really thorough tick check. Then while loading up the car Audrey was stung by a bee. It has never happen to her before, so I was a little nervous, but other then being soar she was fine. We put some ice on it at breakfast and that seemed to totally fix her.
We had so much fun getting off the beaten path yesterday after Mansfield that we considered taking the off-interstate route to New Orleans, but it would add an extra 2 hours and we are hoping to see the city before dark.
It rained a lot today, and the way our car is loaded all of our suitcases are on the roof. It is so rare for it to rain in Colorado that it didn't occur to us that it would be a problem. Jacob even had to load it up in the morning during a rain storm and just hope for the best. Thankfully our clothes were only a little damp and only around where the zipper was. Hard sided cases paid off.

We stopped at a rest stop just over the boarder of Louisiana during a lightening storm. The power was out in the bathroom so Audrey wanted me to go into the stall with her. She said 'It's like a haunted bathroom', so I said 'Oooohhh' in a ghost like way. Looking very scared she grabbed my face and said, 'you stop that Momma'. On the way out she said 'I knew that was going to happen...I had a cold shiver up my spine and knew you would be weird!'

On the way into New Orleans we took the 23 mile bridge over Lake Pontchartrain. It was neat, you couldn't see the other side when you start across.

We splurged on a pretty fancy hotel in New Orleans with an amazing wrap-around balcony overlooking Bourbon Street. It gave us the perfect people watching perch, and the girls loved it! Even though it was 3 times as much as our place in Bolivar I think it was still more affordable then it normally is. We found a last minute deal on www.hipmunk.com. 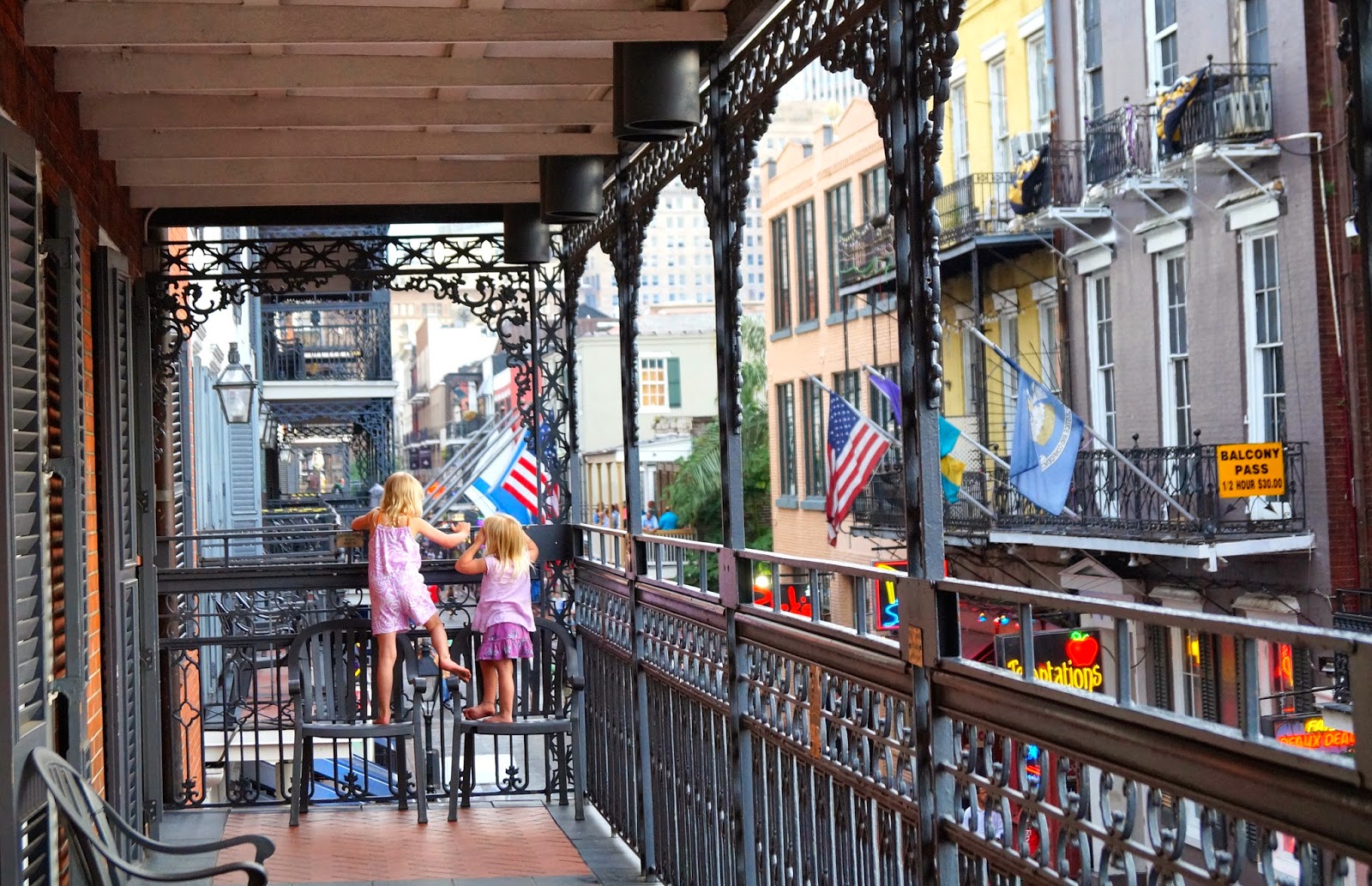 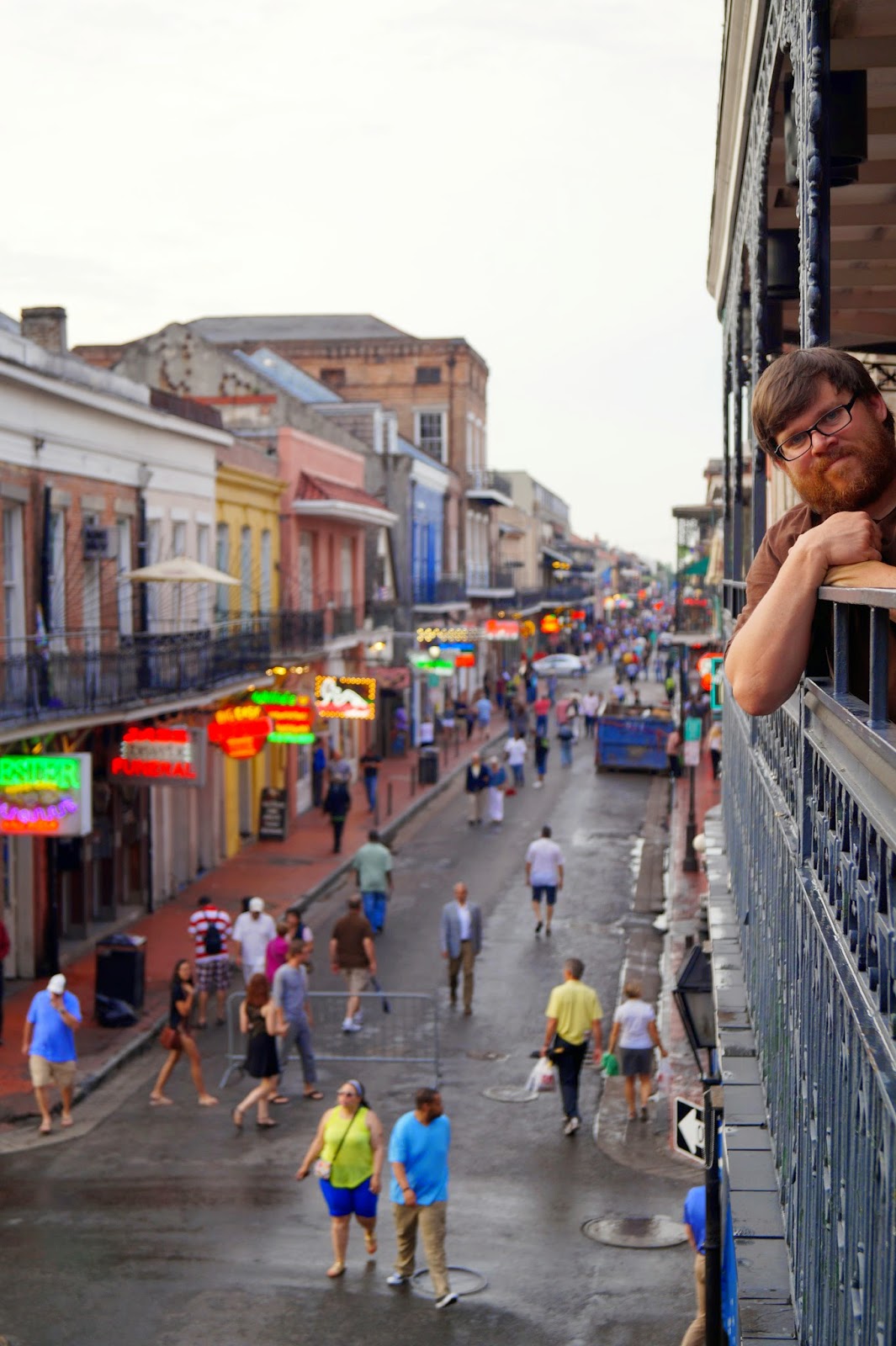 We went for dinner on Bourbon Street complete with hurricanes and crawfish étouffée then walked around for a while. It was a big party, and probably not completely appropriate for little kids. 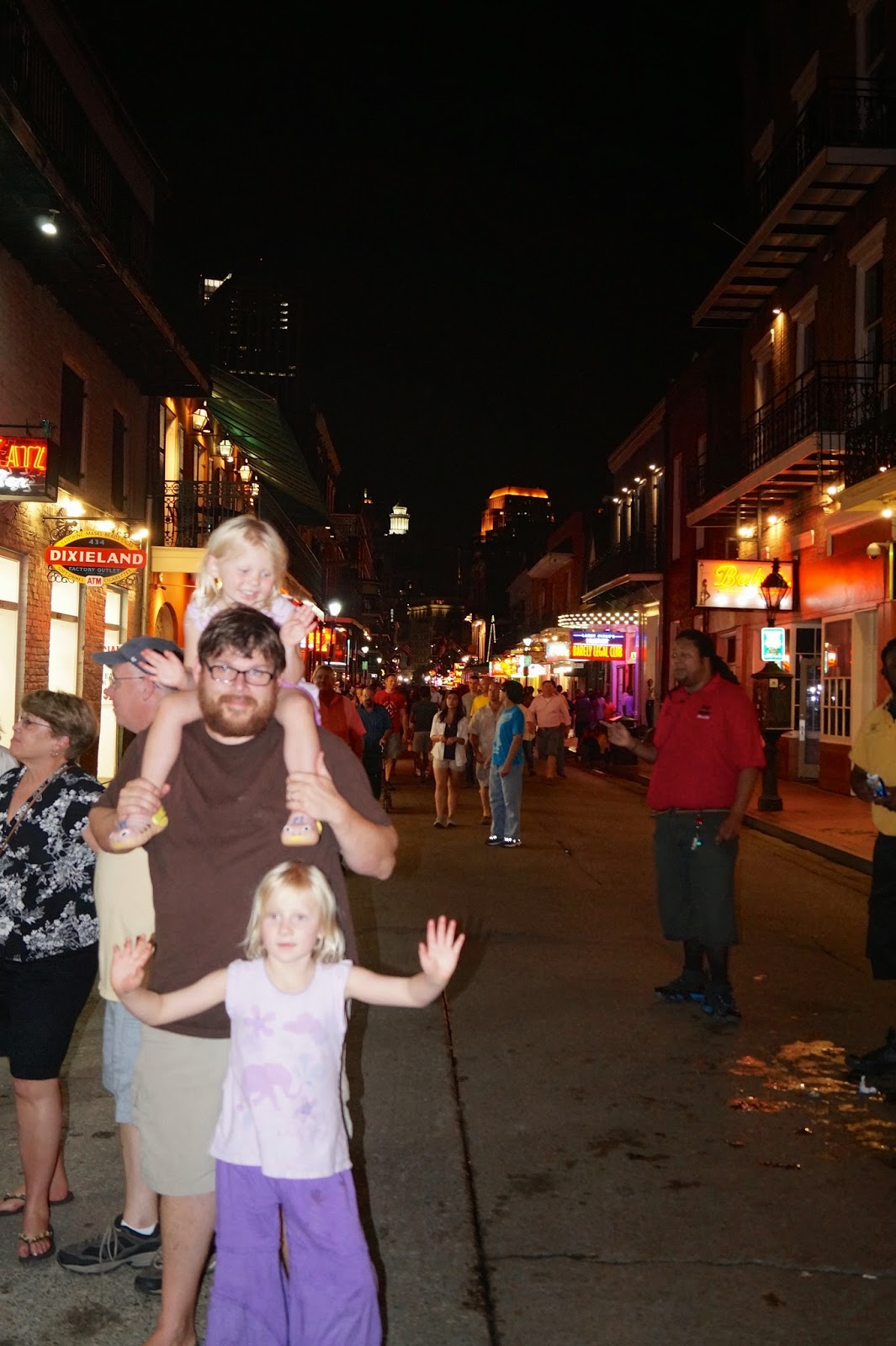 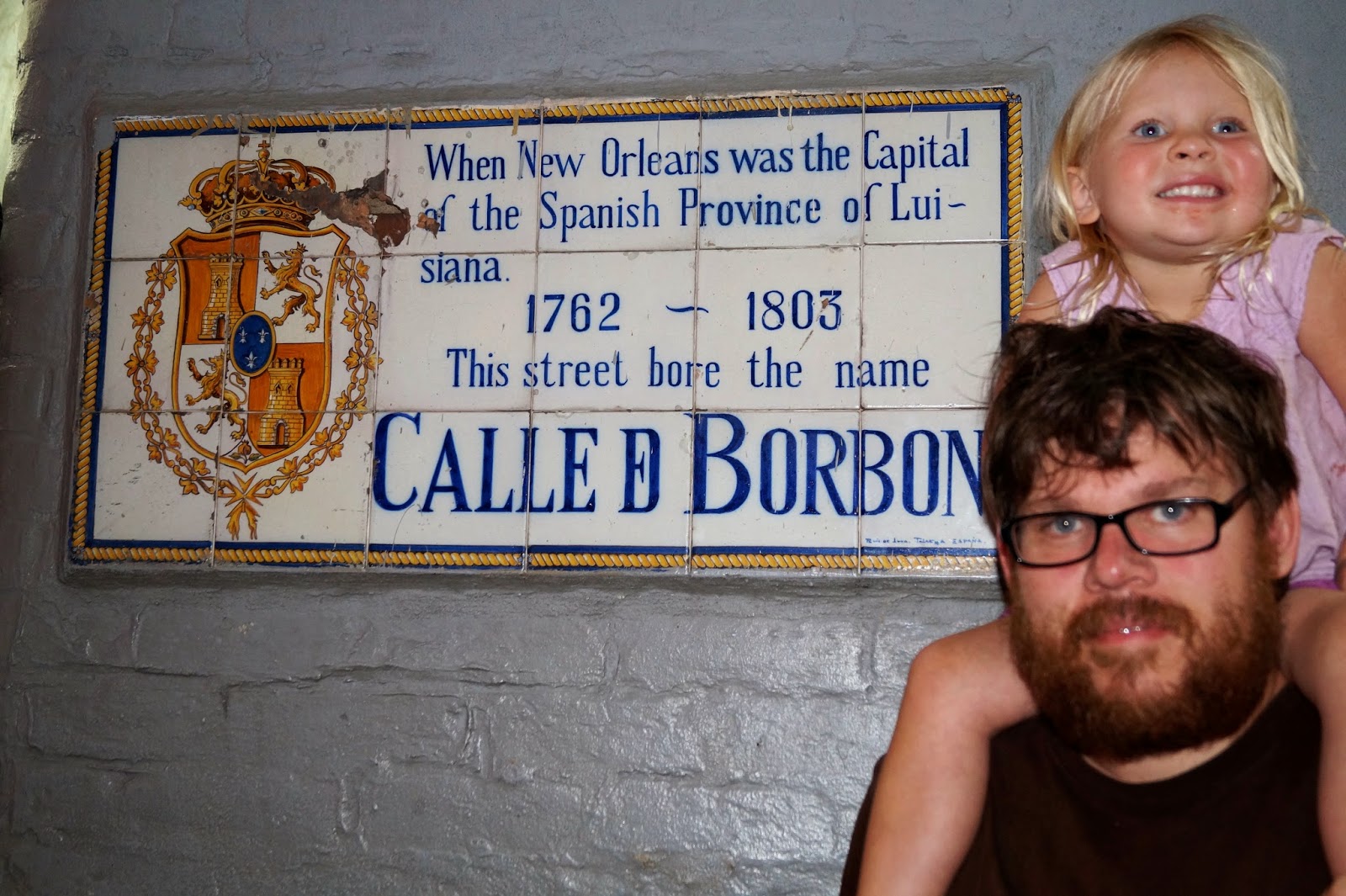 The girls were so exhausted that they passed out before we could even turn off the lights. It took double rain machines to drown out the party outside for Jacob and I to sleep.